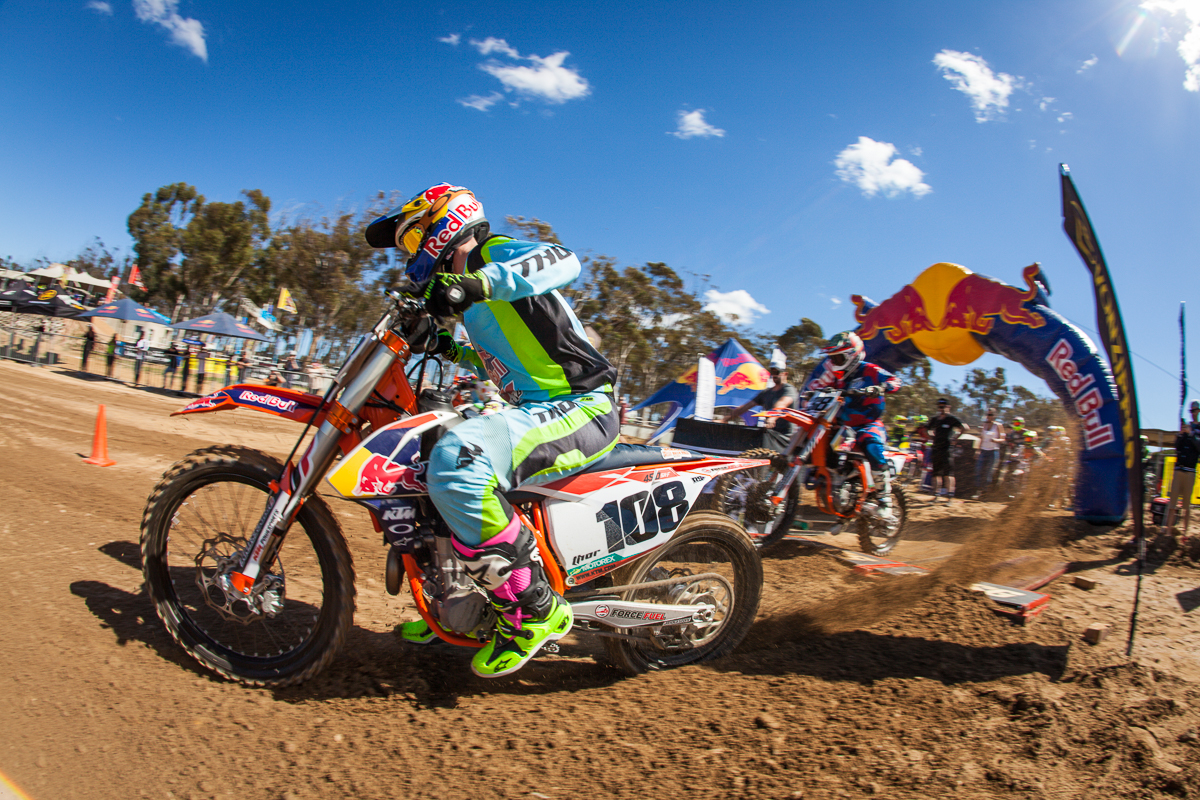 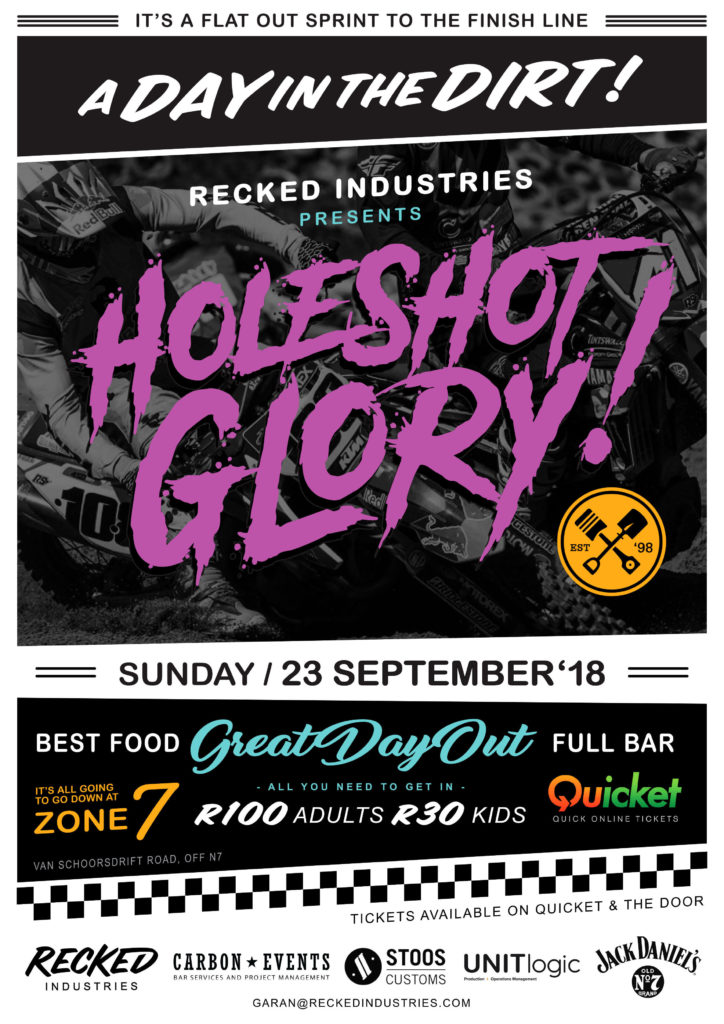 Get ready to witness the third installment of Holeshot Glory, brought to you by RECKED INDUSTRIES. Spectators will have the privilege to see some of South Africa’s top MOTOCROSS ATHLETES going head to head, as they gear up and battle it out, during a flat out sprint to the finish line and back, and stake their claim of bragging rights in the winner takes all Holeshot challenge.

Risk vs reward at Holeshot Glory!

The higher the risk, the higher the reward, and that is the name of the game, which guarantees non-stop nail-biting action for the spectators. It’s going to be, what can only be termed, “a day in THE DIRT”. To keep things exciting this year, we have added a little extra action, by teaming up with some of the coolest partners.

Hot Rod SA has pulled in to introduce Rat Rod Racing, on the flat track, into the mix. Stoos Customs will be presenting Harley Davidson drags and of course, we have the crown of HoleShot Glory up for grabs again which is brought to us by Red Bull South Africa.

What’s a day in the dirt without some entertainment? Come and support some local rock and roll heroes on the Jack Daniel’s stage. There will also be great Jack drink specials throughout the course of the day.

All this is happening on Sunday the 23 September 2018, at Zone 7 in Cape Town, South Africa. It’s a great day out for the whole family.