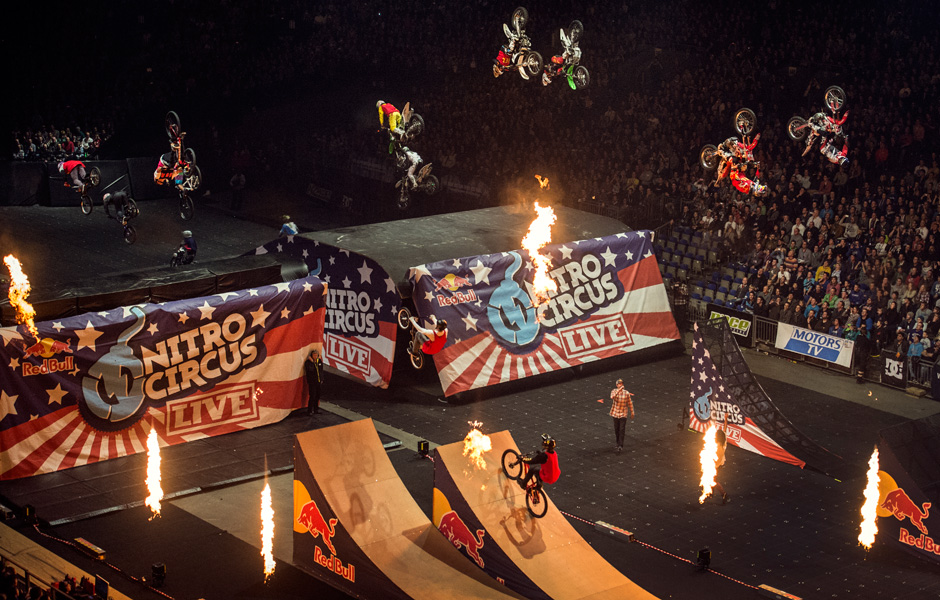 Ok so we got the show on Saturday and boy was I impressed! It was pretty dam radical and drinking ice cold beer while watching Nitro Circus live was certainly good fun. So now its your turn Jozi and I have a double ticket up for grabs for the Jozi show. You can also listen to my radio show tomorrow eve, 6-8pm, on www.2oceansviberadio.com to listen in on some great interviews with some of the Nitro riders, including the mental Josh Sheehan.

To win, simply tell me on twitter what you would do to meet Travis Pastrana (@TravisPastrana) in the flesh and tag myself, Captain Kai (@KapteinKai) and 2 oceans Vibe Radio (@2ovfm) such as this:

I will announce my winner around lunchtime on Friday 21st February, so you got a few days to get those tweets in! (T&C’s apply, check 2 Oceans Vibe page and my decision is final.)