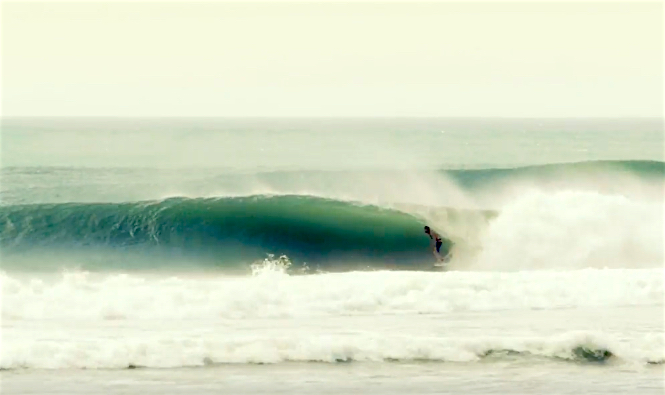 We all knew it was out there, the perfect right hander just off the beach, running for ever. It had to be, the ying to Skeleton Bay’s Yang. Well here it is, with 3 time World Champ, Mick Fanning sampling it. Make no mistake, my experience of Namibia tells me this wave is way more heavy and difficult than it appears, but hell, at least its warm water. Certainly this wave just went number 1 on my destination list! Is it in Africa, Mexico or somewhere even more off the radar?

What if I told you there was an unknown sand-bottom right that is five kilometres long, breaks 20 metres off the beach, holds six foot of swell and has only been surfed by four people on the entire planet?

Would you believe me?

What if good-ol’-having-a-year-off-Mick Fanning was one of those surfers, and he told you that this wave had him haulin’ arse like an F1 driver down a strip of sand that never seemed to end.

Would you believe him?

This ain’t no fucking wave pool! This is the real world. This is The Snake.