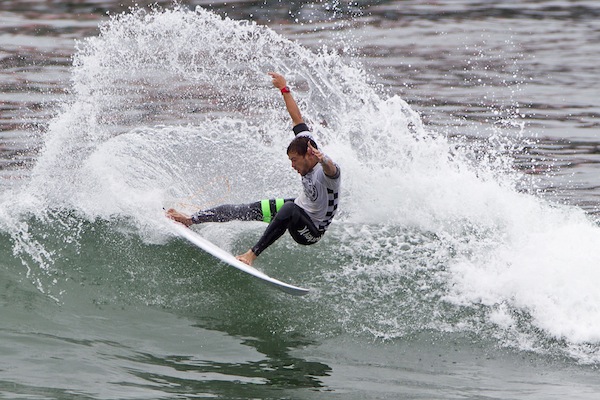 Wow, what a show, oh and they had a surf contest! Thats right, the greatest show in surfing at the world’s softest and placid wave in the worst months for waves in California is done and it was won by a Brazilian from the Californian golden boy and the “Surfers” rioted afterwards…

Well done to Vans for putting on a huge spectacle of action sports – really I mean it, it was incredible. Its just a pity the waves are so shit every year for this contest. Could they not do it later in the year, maybe before Trestles? June Gloom is not the ideal contest environment and the inland hooligans on holiday certainly don’t add good vibes to the event – read, girl fights, riots, looting, etc.

Anyway, the surfing was good and Alejo Muniz (I thought he was Argentinian, but the Brazzas claimed him.) defeated kohole Andino in the final. Both surfers ripped the whole contest. For us South Africans, more important news was that Bianca Buitendag won the ladies Pro Junior (See video 2) showing once again she is the top young ladies surfer in the World. Jordy Smith made the quarter finals pushing him to the top of the World Rankings and Beyrick de Vries got through some rounds and now sits within solid striking distance of World Tour Qualification at 35 on the rankings. One more solid result for the kid from Umhlanga Rocks and he is in!

So, away from the chaos and riots and off to the promised land! Teahupoo in 2 weeks time for the Billabong Pro!