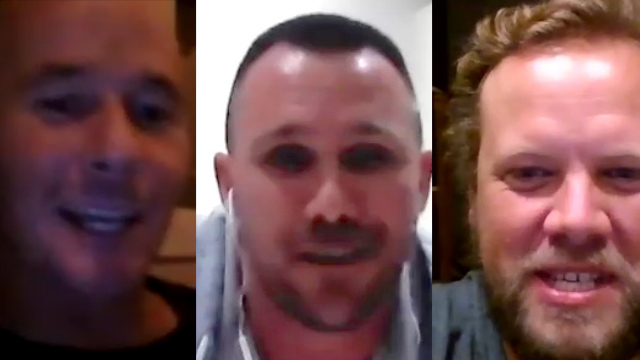 When you look back at the generations of South African surfers, not many groups can compete with the style and class of this generation. Royden Bryson was one of the stand out surfers on tour, until a horrible injury at Jefferys Bay ended his career. He is now living on the South Coast and coaching and by all accounts shredding again.

Davey Weare was the coolest and calmest competitor we have ever produced. I call him the ice man. Now a financial advisor, he still gets in the water and puts on a. power surfing display every time.

Undeniably one of the most stylish surfers to ever come out of South Africa, Simon Nicholson still shreds. He came perilously close to qualifying for the Championship Tour and won some of the biggest events on the planet. He still rips and now works in real estate.

What we talked about

Amongst many subjects was just the pure stoke for these guys catching up. After years spent traveling the globe, Simon and Royden had not seen each other in a decade. We also chatted about that hunger retired to compete with the world’s best and what its like when the tour is over and you have to adjust to “Normal” life.

Remember you can help me through these incredibly difficult times by ordering your hoodies, caps and beanies. I need just 20 more orders to reach my minimum targets.

One Reply to “Royden Bryson, Davey Weare and Simon Nicholson on #Thelockdown”