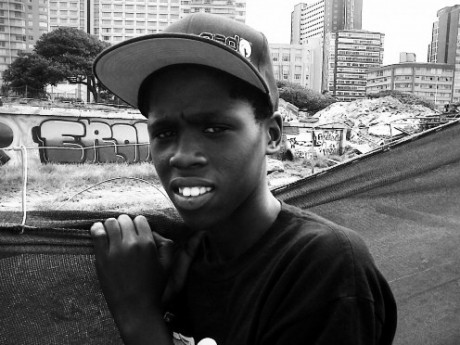 I first met Thalente when he was just a kid. He was living on the beachfront streets of Durban and surviving barely. He had support from guys like Dallas Oberholzer and others, but it was tough for him. I took a bunch of Austrian Snowboarders and skaters up to Durban and they met the kid and were moved by his story. This then was the first overseas aid to come his way. You can see Chris Cab in the documentary teaser at Dallas’ Indigo Skate Camp. The guys from overseas, as the AMericans are now, were touched by his story, as well as his ferocious dedication to everything skateboarding. Tammy Smith became a large part of his life and its amazing what just her simple love and support have done for the guy. Make no mistake, Thalente has gone down some dark roads. Some were not of his choosing, some were. What never changed though was his talent for skateboarding and his love for riding. Ultimately it was the sport and life of a skater that not only gave him the hope he needed to rise from his circumstance, but to become one of the best skaters ever to come out of South Africa.

The documentary of his life is looking for crowd funding and support and I hope you guys will go out there and support it. I think it is a story that can carry huge impact into the first world and third. I also hope that the filmmakers stay true to the actual story, from his dreadful family story, to the bad choices he made and ultimately to the choices and aid that have helped him to go to America and become a success. More than that I hope his story can highlight the plight of the many other children walking the same path. I was at the North Beach skate park last weekend and there is a whole new generation of street kid finding escape in skateboarding. Sleeping in doorways, scrounging for food and survival and accepting gifts of boards to surf and skate and by doing so for just a moment each day, leaving their squalid and despicable circumstances to feel the joy of the ride. Thalente’s story is their story.

To support the film go HERE