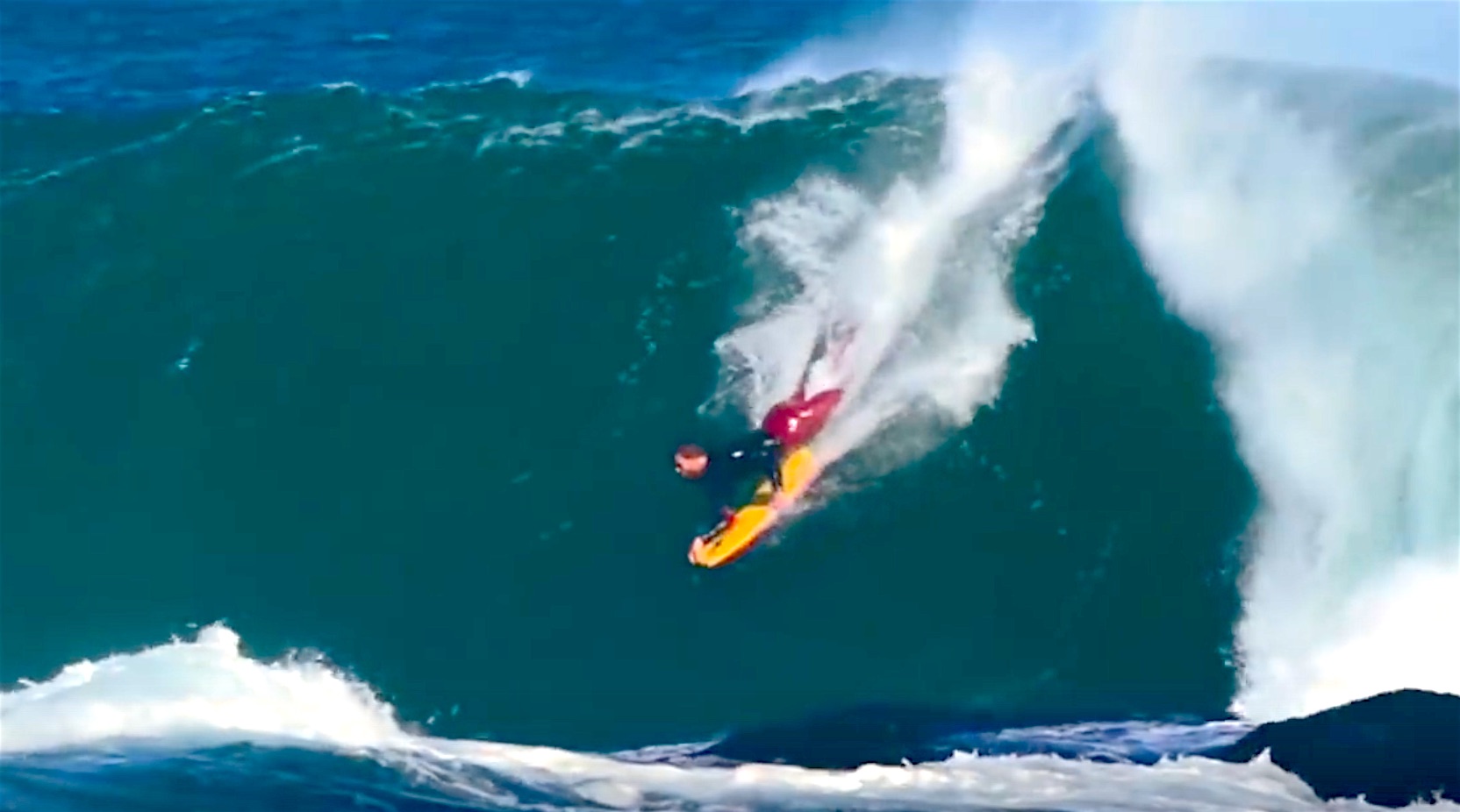 South Africa has some of the best bodyboarders on the planet and amongst those standouts is a wave, called the Tand. For the last few years the boys have held the, Tand Invitational, with all our top riders charging this mean, almost dry rock slab up the west coast. This year the conditions were perfect and made for some super entertaining viewing!

Sacha Specker was on fire from the starting buzzer at the Sniper SA Tand Invitational 2016, boosting big back flips and showing true control in the bigger barrels available. Spex was awarded an impressive total of 19.83 points out of a possible 20, riding every wave in the final like the Champion he has proven himself to be.

The Sniper SA Tand Invitational 2016 ran to completion on Sunday the 10th of July 2016, in 4-6 feet waves. Competitors, and the 300 spectators alike, were greeted with warm weather, clean offshore winds, and groomed swell unloading off the Tand reef. The first two heats of the day were slow due to the higher tide, causing the first upset of the day, with 2015 Tand Champ, Michael Ostler, bowing out early and ending the tradition of back-to-back wins set by past Tand champs Jared Houston and Tristan Roberts.

The final was an incredible showdown with the draining tide playing its part. Hot on Specker’s heels was 2 times World Champion, Andre Botha, as well as Cape Town charger, Charles Pass. Botha and Pass both scored in the excellent range with big maneuvers and deep barrels, earning Pass a second place with 17.5 points, and Botha a third place with 16.5 points out of a possible 20. The youngest participant of the final, Wilder Schultz, performed extremely well throughout the event, but just could not get the waves he needed, which resulted in his 4th place finish.

This year’s Shaggy Choice Award was a tough call between Aden Kleve’s big closeout barrel, and Andre Botha’s madman commitment. In the end though, the Shaggy’s Choice Award for 2016 went to Andre Botha, for going over with the falling lip on one of the crazier waves of the day.

The Sniper SA Tand Invitational was proudly presented by Zion Wetsuits SA, in association with Digicape, Pick n Pay, Flatmountain Roasters, Kingdom Longboards, and Surf Ears ZA. With a massive thanks to Red Bull South Africa, for their continued support and commitment.