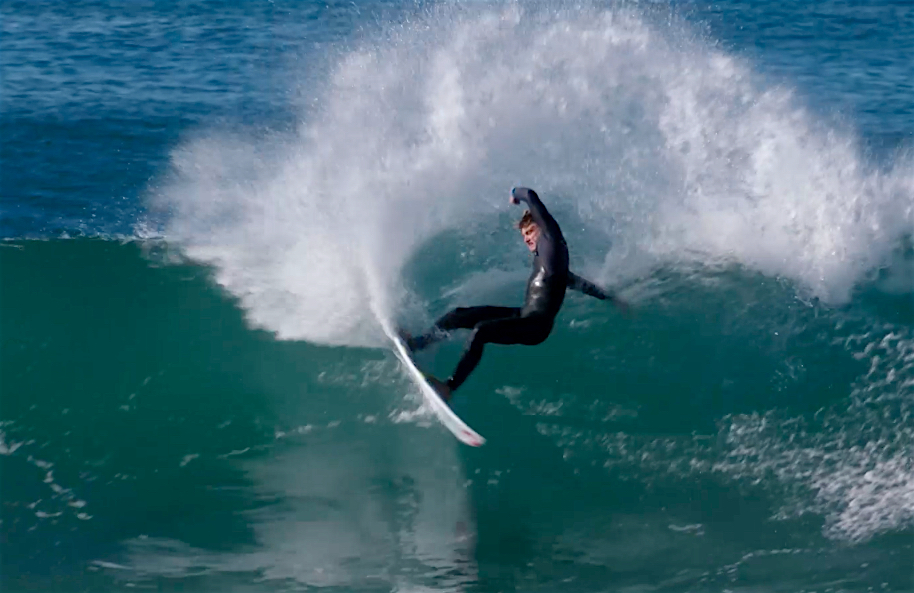 Matt McGillivray is a man on a Mission

The Jbay local, Matt McGillivray, started his year winning a QS 3000 in Israel and he has his sights firmly fixed on the World Tour. Having current SA star, Jordy Smith’s, dad in his corner seems to be helping. Graham Smith shapes Matt‘s surfboards and they look like magic carpets under the young man’s feet.

The board was designed for Stab Magazine’s, Stab in the Dark. A video project where Jordy Smith got to take a number of unmarcked boards to test in perfect waves. One of his favorites was the number 44 Surfboard, which he broke after loving it. Only after the results were done, did he find out it was shaped by his dad. It is now one of Gforce Surfboards most popular models.

Matt has Jbay in his DNA

Growing up on the groomed right pointbreaks of Jbay has given Matt a real power base in his surfing. I was lucky enough to shoot with him over the Jbay Open, he was a wildcard, and further up the SA coast a bit later in the year. This video is from around 3 hours of shooting, pretty impressive stuff.

Driven – Matt McGillivray and the #44 from Kai Linder on Vimeo.