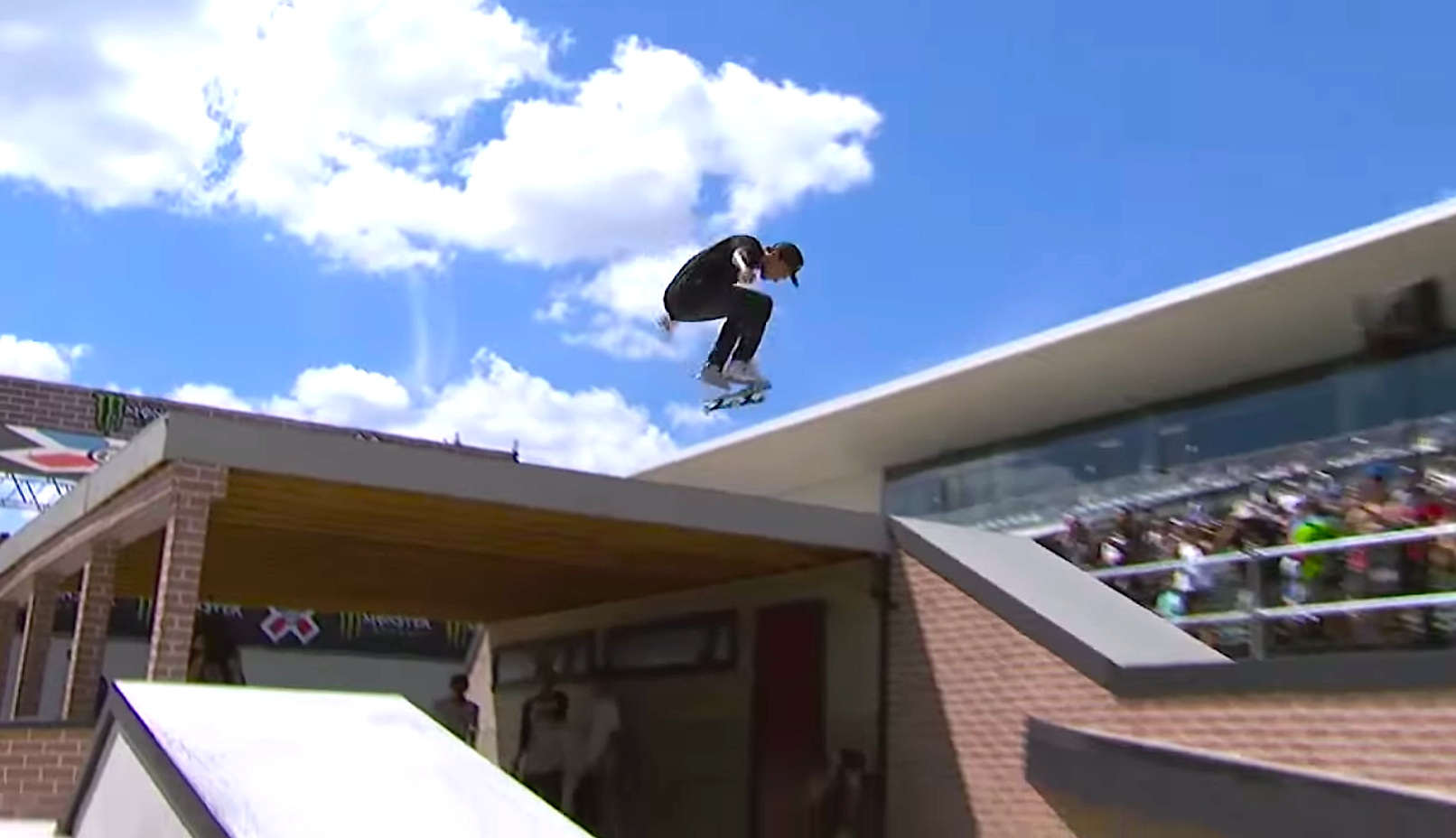 We wait all year for the X Games and then like a blur it is all over. Over the weekend the world’s best x athletes once again raised the level of the sports we love to watch and stoked out everyone who was up watching. For those who missed out, or for those who just want to feel the stoke again, here are my top 10 moments from X Games Austin 2015.

First up it’s my tenth spot pick and it goes to Nate Adams taking Gold in the Moto X Speed and Style. Bilko and Nate were going at it hammer and tongs and Bilko probably had him on style, but then he fell and that was that.

In ninth spot it is the ever green Bob Burnquist, who won skate big air and then went on to win the Gold in Big Air Doubles along with Morgan Wade. A new event, the crowd really enjoyed.

Up next in eighth spot, Pierre-Luc Gagnon once again dominated Skate Vert with a stylish and controlled run. PLG knows how to handle his business.

Kyle Baldock once again dominated the BMX Dirt with a super tricked out final run ending in his signature, giant front flip and makes seventh on my list.

In sixth place, it was great to see Ryan Sheckler back at X games where it all began. He skated some solid runs and ended up getting silver in Skate Street.

In 5th place its the ladies, well more specifically Alexis Sablone, with her incredible run to take Gold in the Woman’s Skate Street. Incredible to see how the level in the ladies has just gone through the roof. Alexis was doing tricks that none of the guys were.

Curren Caples had to pull out everything he had to finally put an end to the Pedro Barros domination of Skate Park. This was one of the upsets of the X games.

In Third place we head over to the Mega Ramp and a last ditch effort by Colton Satterfield to win Gold. No hand 720 Cork to double flare on the Quarter made cleanly was guaranteed to win the Gold.

In second place we stick with BMX and Daniel Sandoval going absolutely mental in BMX Park. I had to watch this run a couple of times just to make sense of how many tricks he pulled in this run.

There can only be one number one spot though and that must go to the one and only, Nyjah Huston. Watch this run a couple of times, you simply cannot find and blemishes or mistakes. It is absolutely flawless and deserving not only of the X Games Gold, but my top spot for 2015.