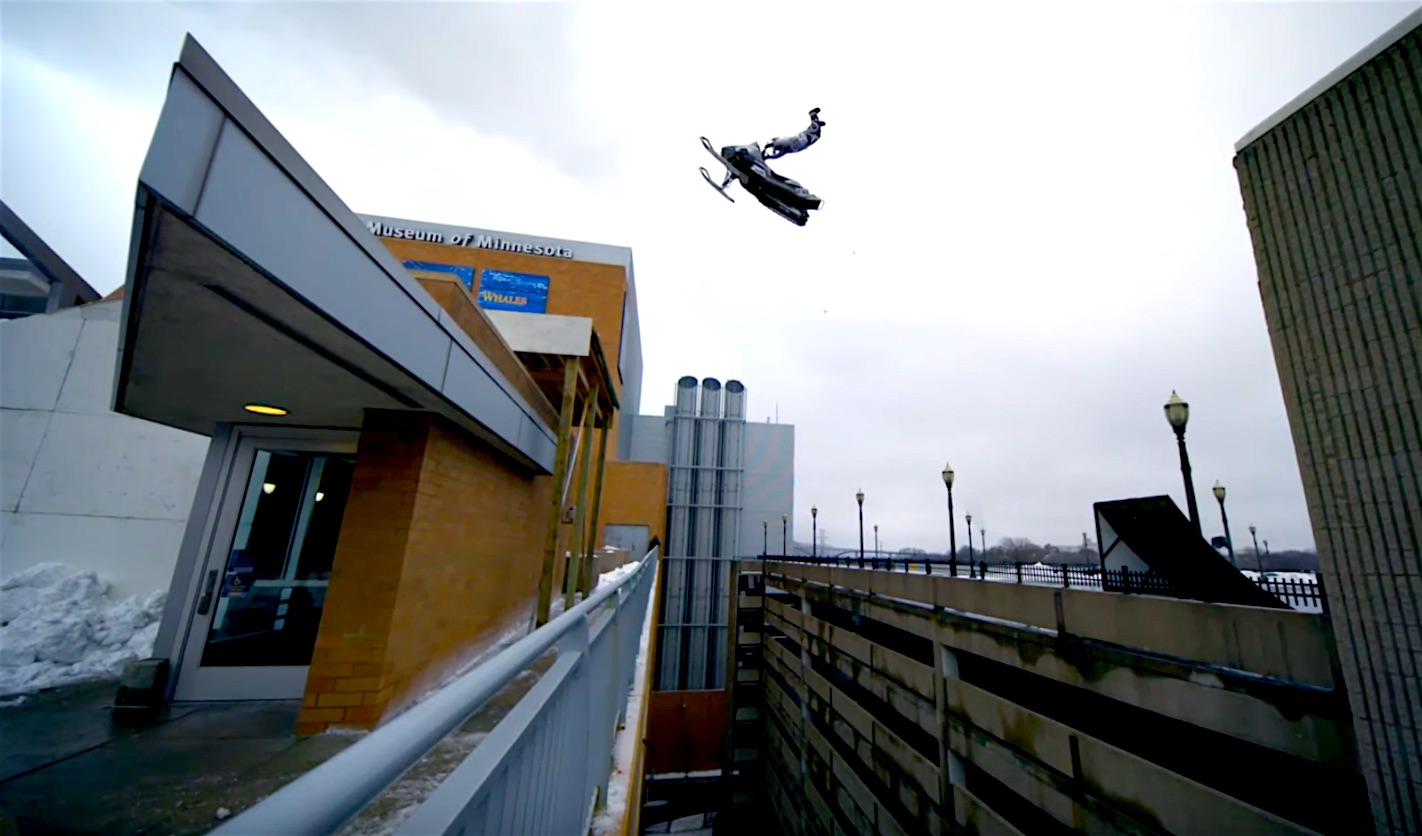 Levi LaVallee is the poster child for dynamite comes in small packages. I met him back at X Games in LA a few years ago and the guy is short, full of life and loves a good party. On top of all that he rides a snowmobile like a man possessed! Check out his latest web video where he cruises the streets of his home town, its pretty dam ridiculous.

Some people see the world as a playground, where anything and everything can and will be a shreddable obstacle. As a kid growing up in Minnesota, Levi LaVallee looked at his state’s capital Saint Paul like a ripe fruit, begging to be plucked…and ripped to shreds on his snowmobile. A land of opportunity that only he could see, it was his mission to take that city over on his trusty sled. Now, he’s done it. 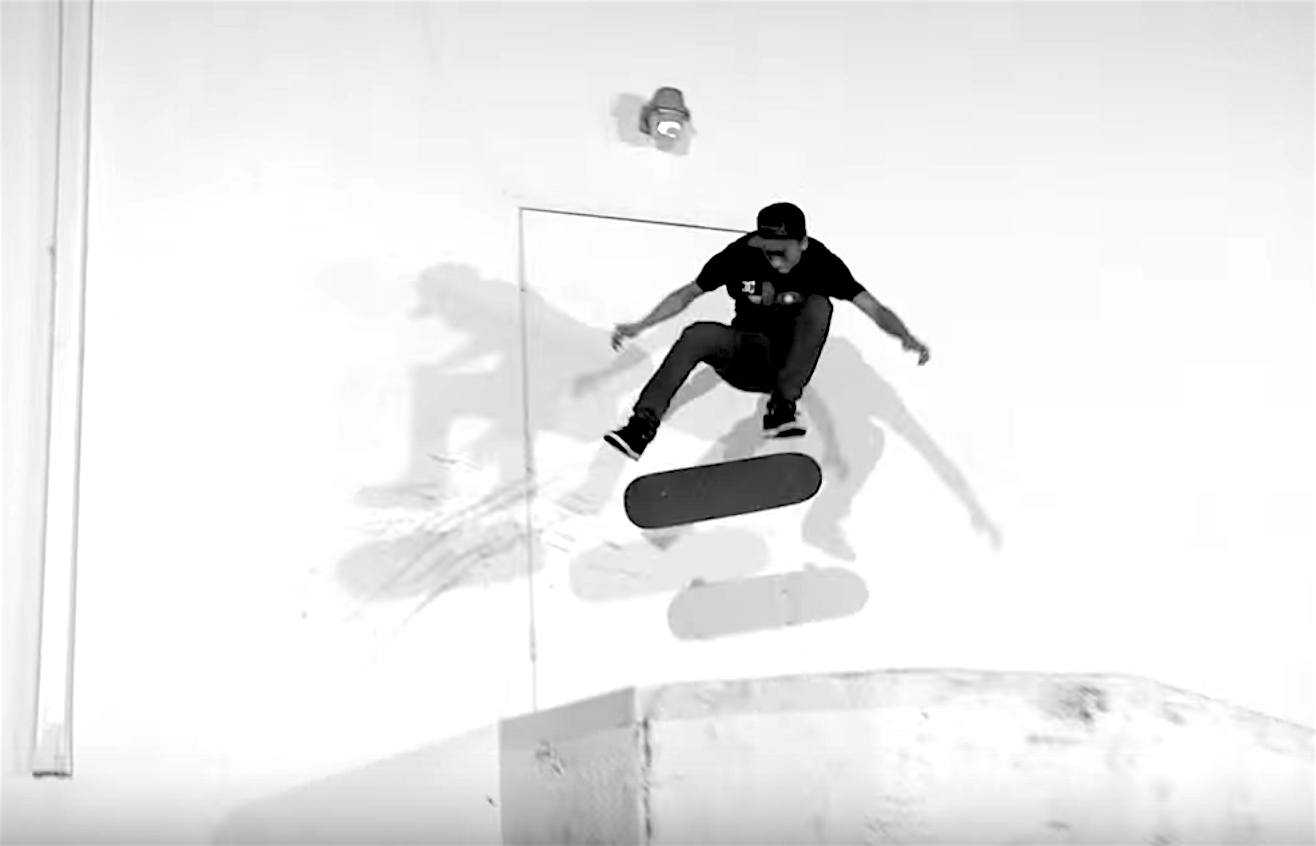 Some hate him, others worship him, but what none of us can deny is that Nyjah Huston changed the game. He is most definitely not your old school punk rock skater, but he skates pretty dam punk rock!

What happens when you ask Nyjah if he has any footage laying around? You get 4 minutes you won’t soon forget.
Keep up with Thrasher Magazine here:
http://www.thrashermagazine.com 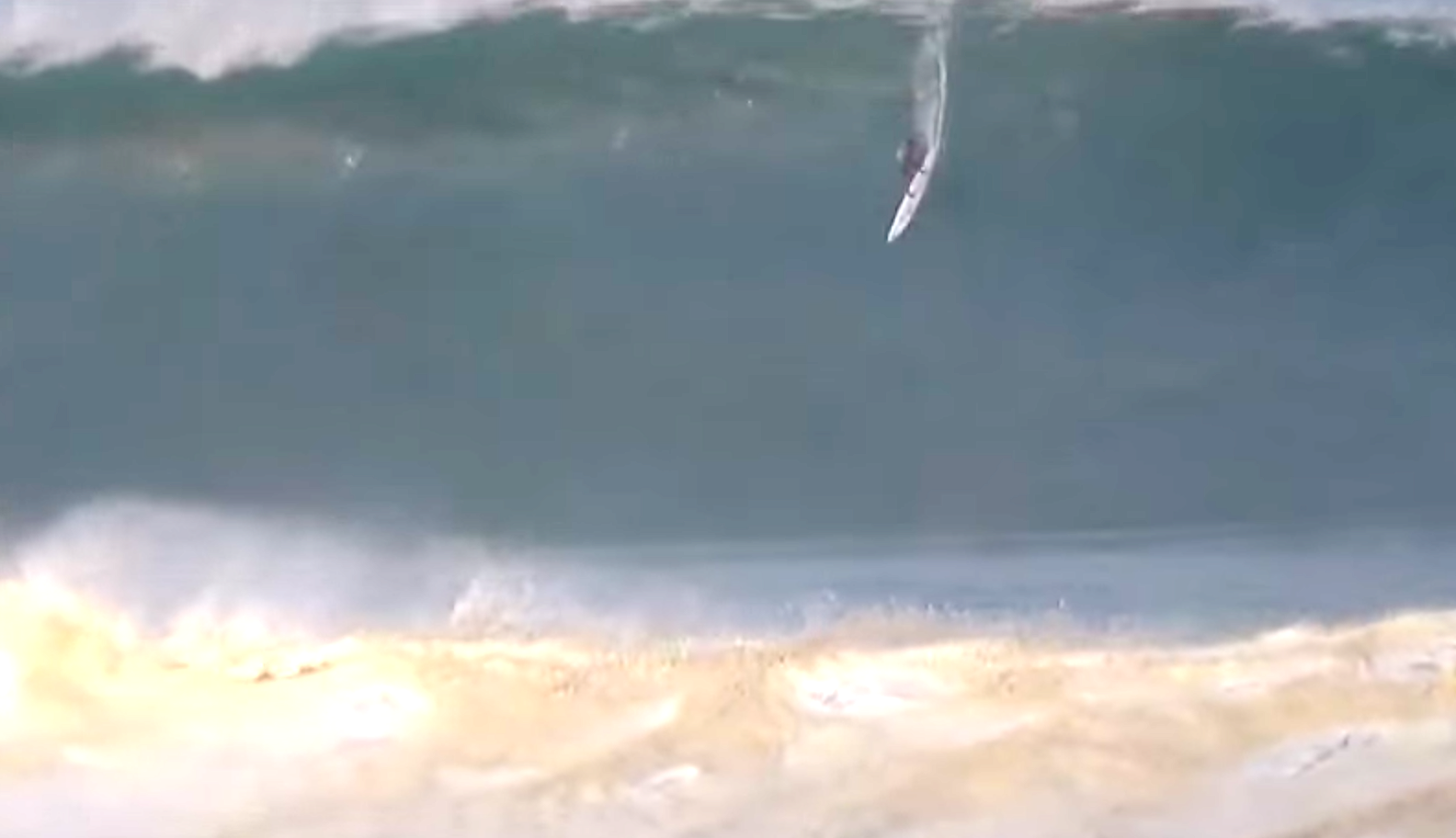 Just moments after the WSL Big Wave Awards and the level stepped up again with a session that is quickly going to shake the conventions of big wave surfing. Captured below is one of the craziest waves ever caught, ridden and then absolutely murdered on by a surfer. How this guys survived I simply cant imagine.

Check out a gallery of more craziness from the day before here: http://www.tracksmag.com/gallery-huge-puerto-escondido/

See video of Mark Healey’s incredible ride, the day before, below. 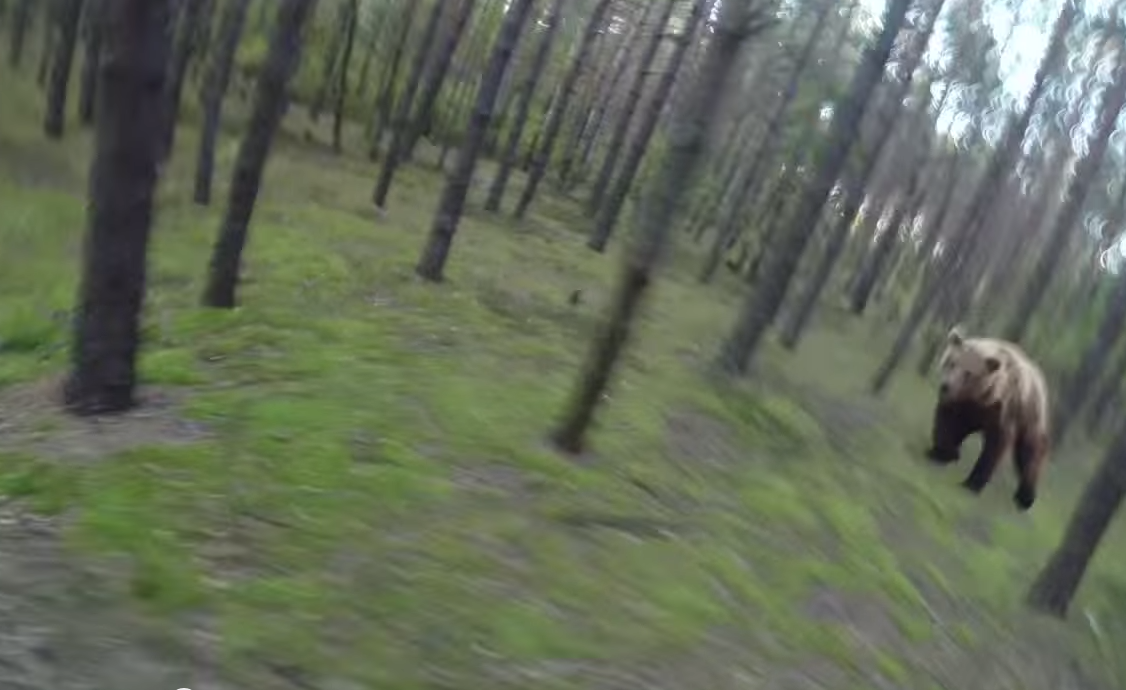 Normally I dont really consider cross country mountain biking as an extreme sport, but when you add in a hungry bear chasing you through the woods, well its pretty dam scary! 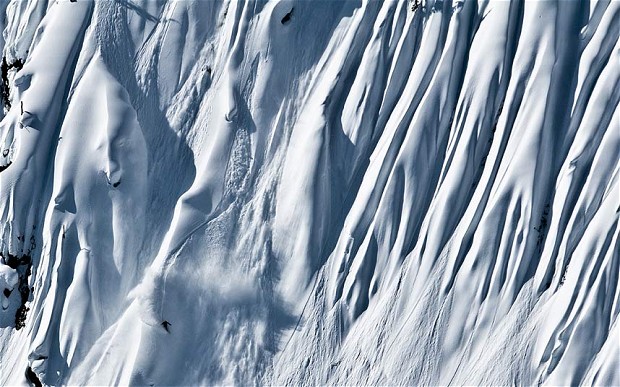 I have watched this series from the first film, Deeper, where Jeremy changed backcountry snowboarding for ever, by pushing the limits of where you could go, stay and ride. I watched the follow up, Further, and he once again pushed the boundaries of Snowboard exploration and earned the National Geographic “Adventurer of the Year” award. Now in the final installment, Jones and his crew are going deeper, further and much, much higher for the third and final installment of this incredible snowboard journey.

Witness the journey of one of the greatest big mountain snowboarders of our time.

Ten-time Snowboarder magazine ‘Big Mountain Rider of the Year’ Jeremy Jones revolutionized backcountry snowboarding with Deeper, his 2010 ode to splitboarding and human-powered adventure. His 2012 sequel Further took him to the planet’s most remote mountain ranges and earned him a nod as a 2013 National Geographic ‘Adventurer of the Year’. His environmental advocacy work with Protect Our Winters won him recognition as one of President Barack Obama’s 2013 ‘Champions of Change’. Now, Jones and TGR’s crew are elevating their game and taking their quest to the highest standard for the third and final installment of the Deeper, Further, Higher trilogy from Teton Gravity Research. 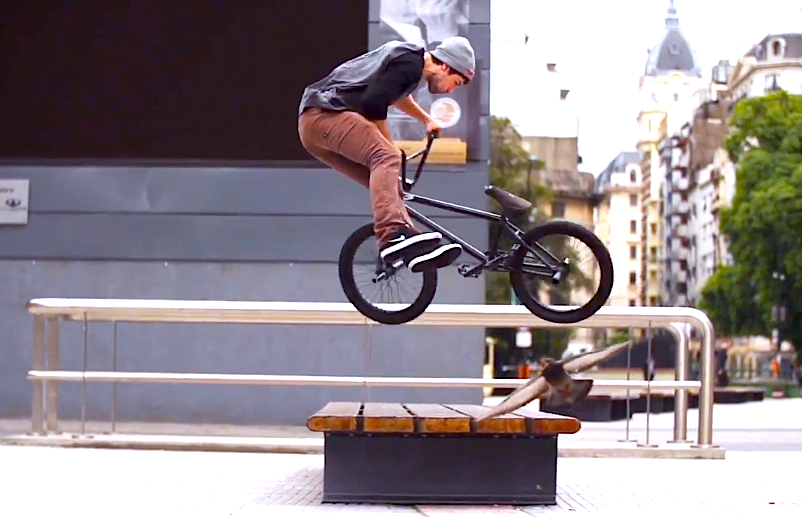 One of the most surreal Bmx videos I have watched in some time. These guys were pushing levels through the roof. The Nike BMX crew of Garrett Reynolds, Dennis Enarson, Chad Kerley, Nigel Sylvester and Kriss Kyle spent a week riding amazing spots in Buenos Aires, Argentina. Watch this video to see the guys put in work! 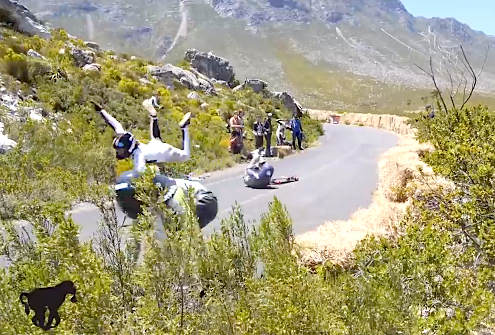 Hot Heels Africa is the premier Downhill Skate race on the continent. Always loads of big crashes on the hill at Koggelberg, but this year with heavy tail winds throughout the weekend, there was much carnage. This wipe on Baboon Corner though took the cake. Multiple fractures, ribs and concussions. Eish, I don’t wanna skate no more…
Riders: Tim Bowman, Tom Rushovich, Olliver Faile, Henry Muller
(Through in a full on board run below the wipe so you can see what it feels like to race down this incredible hill.) 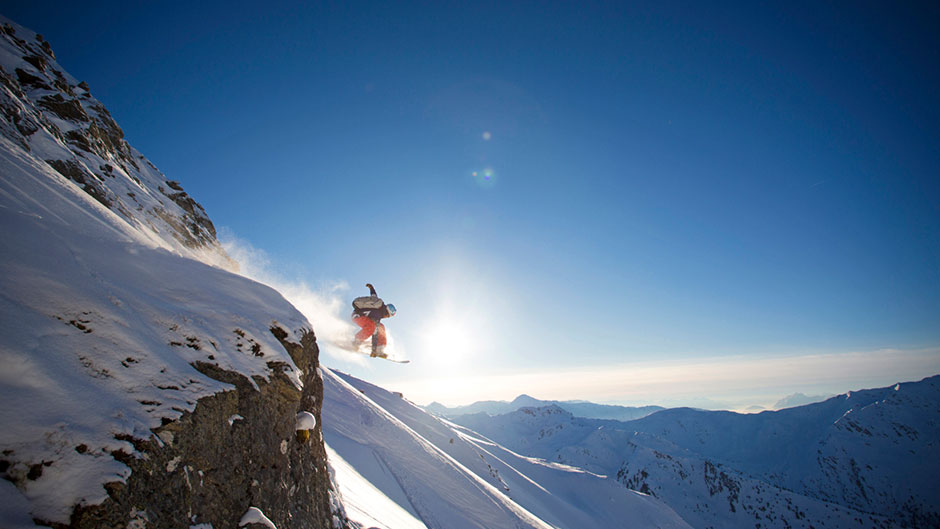 I had butterflies the whole time I watched this! These guys are riding such heavy lines, just checkout the on board footage. You cannot even see the landings. 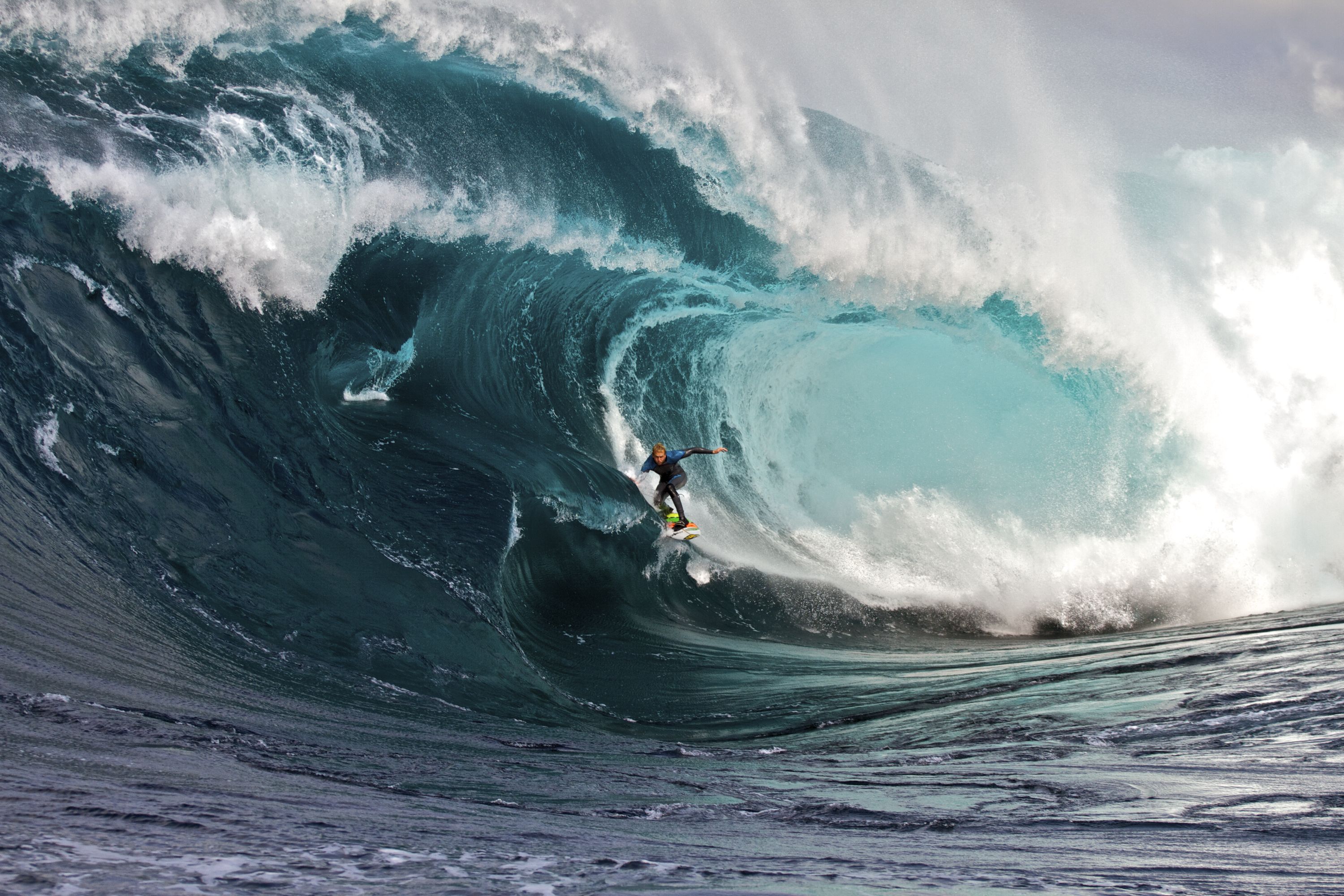 Welcome to Tasmania and the original Slab Wave from hell! With some of the new discoveries the last few years we tend to forget about Shipsterns Bluff, but I cam across this video with footage from the last few years and it all came back to me. Sit back, hold your breath and remember why this is one of the heaviest waves on the planet! (Check out the guy getting owned in the impact zone at the end, my lungs hurt for him!)

The Originals from Dave otto on Vimeo.