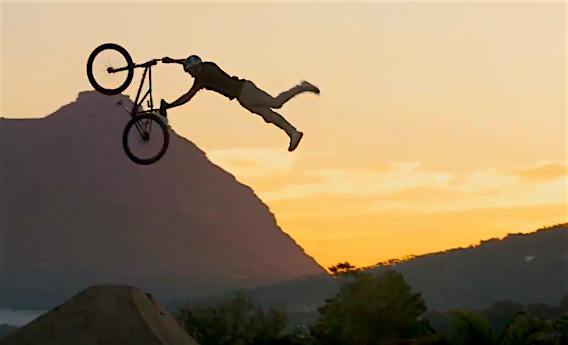 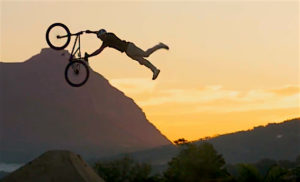 When Nick Clarke arrived in South Africa for the Mega Loop build three years ago, he did not know what to expect. The ultimate Dirt Jump was the goal. Turns out he fell in love with the Southern Tip of Africa. Maybe it was the awesome people, the really good riding or simply the laid back lifestyle. Whatever you choose, he chose to come back for Darkfest and two consecutive Night Harvests and would have stayed for ever, if not for a visa problem.

He loves a Dirt Jump

Nick loves dirt jumping and lucky for him, he made friends with the gents at The Trails Crew who quickly adopted him and took him to all the top spots. From Potato trails in Cape Town to the Garden Route trail park, he got a taste of all that SA had to offer. Oh and he took out back to back Night Harvest titles…

He did not just ride either! Nick worked with myself as the co-commentator for Bmx at the 2017 Ultimate X event, did some work with Monster Energy and was a barmen at Aces n Spades, one of CT’s best bars. He really embraced the Cape Town lifestyle.

Lucky for Nick, he got some serious video shot of the entire trip, thanks to Thomas Sandell, and now you get to watch the highlights from his African Dirt Jump trip! So sit back, pour some maple syrup over your biltong and enjoy the video, eyyyy!

If you want to follow Nick Clarke’s adventures back home in Canada, he won’t be back here for a while sadly, then head over to his Facebook Page and Instagram and show him some love. I am sure he will appreciate it and you will be entertained!