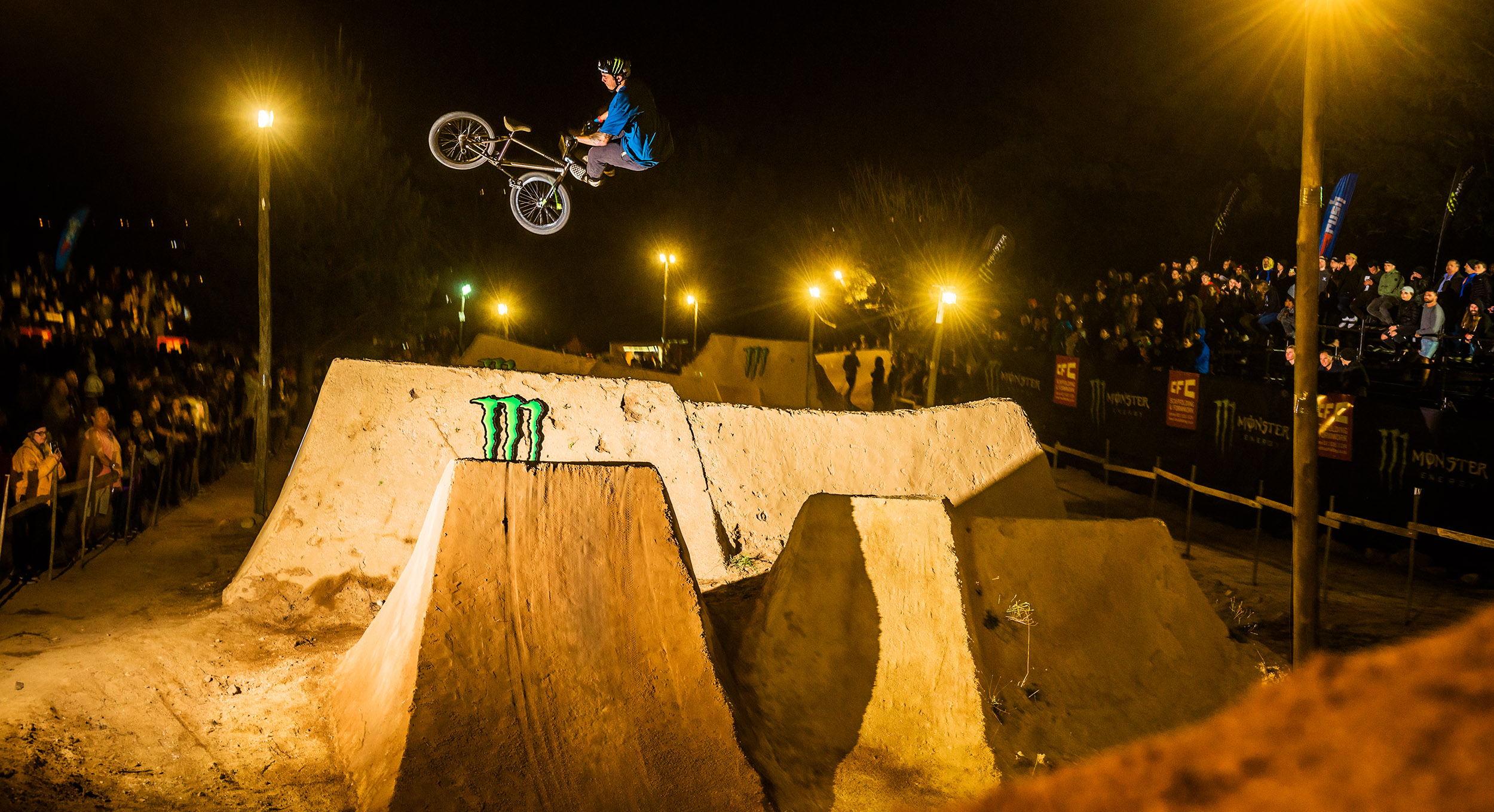 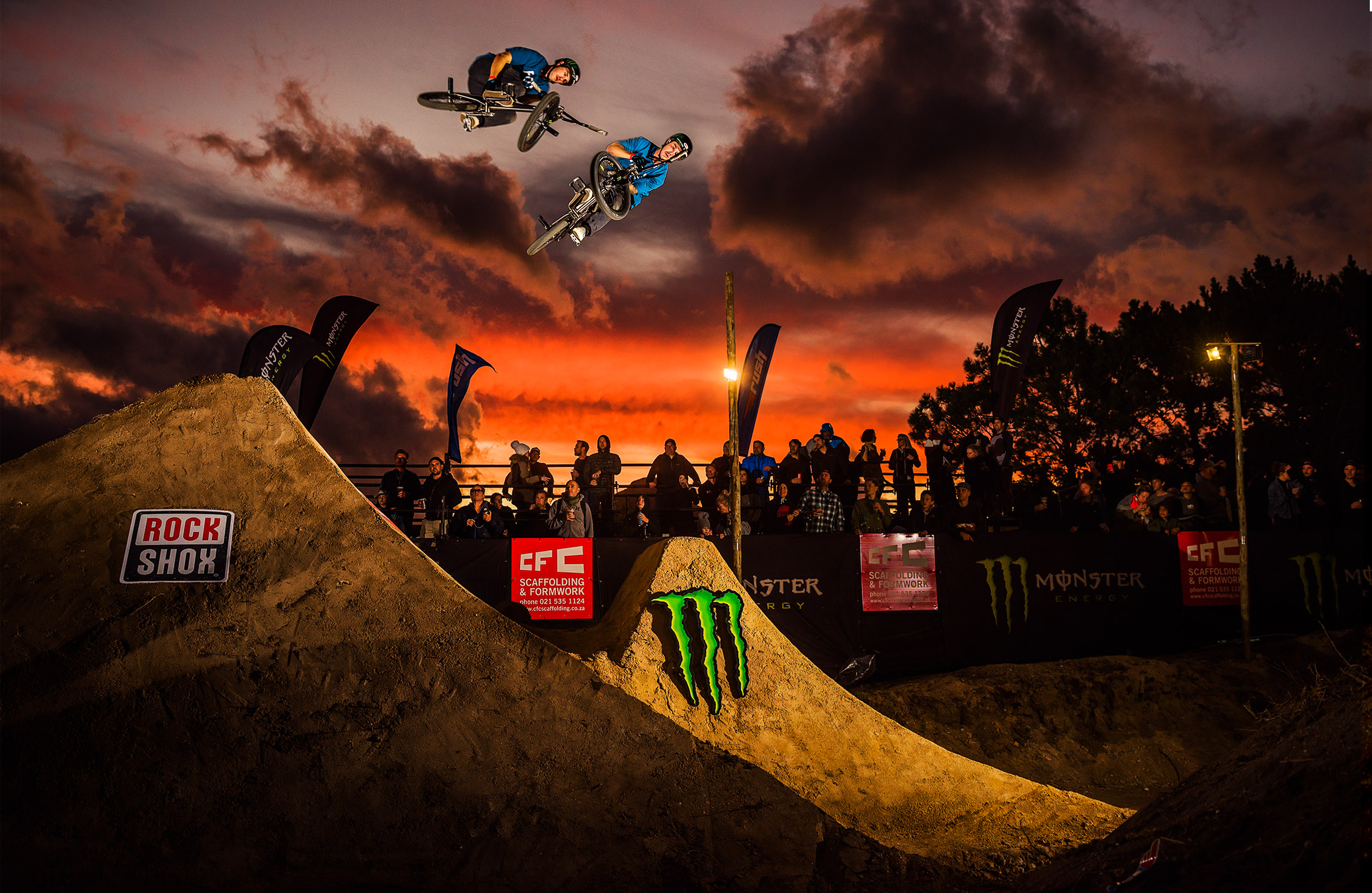 Arguably the sickest Dirt jump event on the planet, this year’s edition of The Night Harvest delivered no shortage of the fruits.

Some of our most notorious BMX generals were in town and the trails were perfectly primed in front of the picturesque backdrop of the Hout Bay mountains. The scenery around Cape Town is no joke and the level of riding this year definitely wasn’t either. You do the math, 1 prime set of jumps, coupled with chargers like the Pat Casey, Brock Horneman, Mike Varga, Leandro Moreira and more, the ever supportive Cape Town crowd were in for a treat.

As the sun started to set, the bikes made their way up the roll in tower. Making for an ideal golden hour practice session, The Night Harvest runs a little different to most contests, with a jam session format, making it way more ideal for the riders to work on those dream runs. Which makes the usually competitive vibe much more conducive for bringing out the best riding possible. 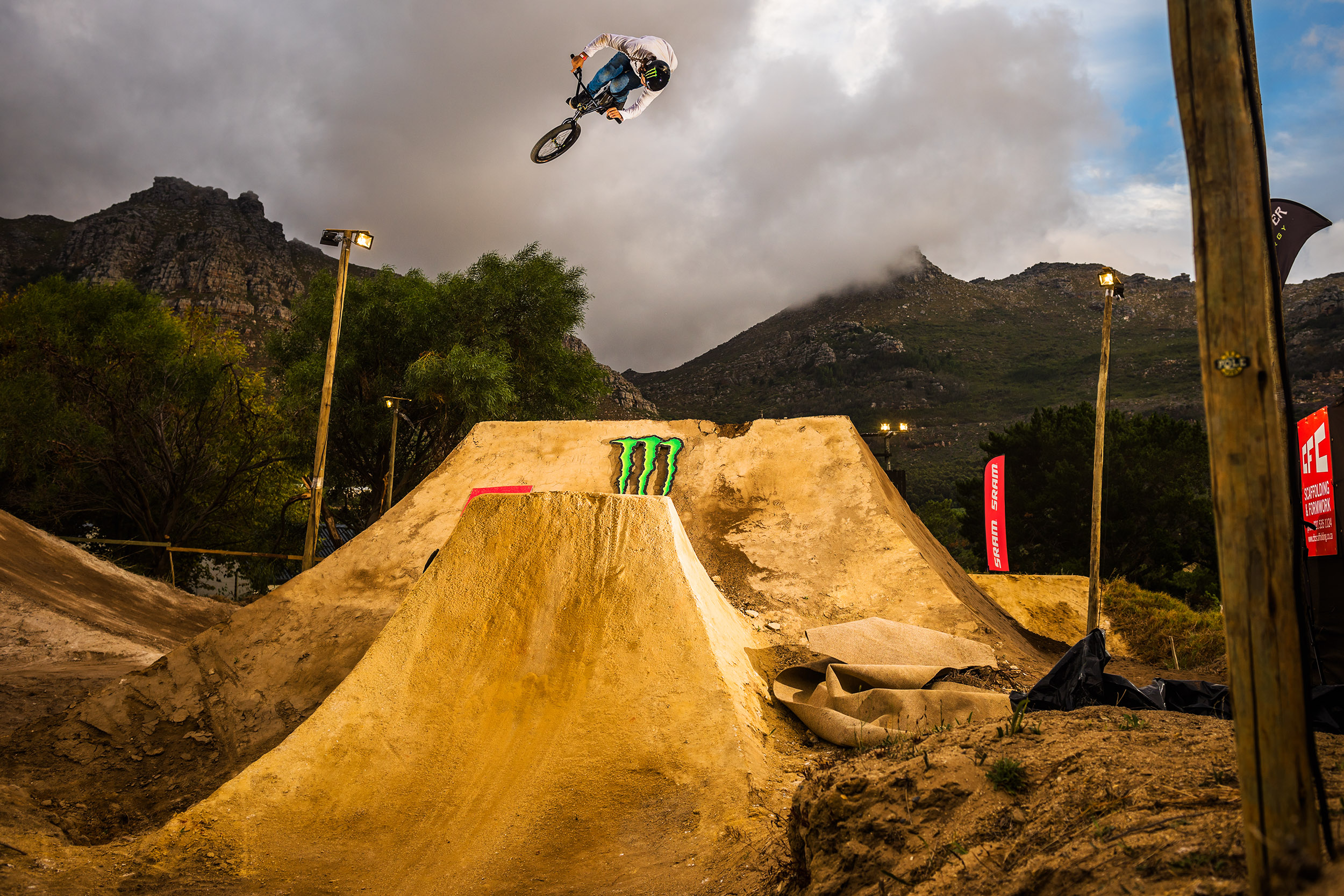 The Brazilian, no stranger to this kind of terrain. Went at least 3ft higher than anyone on the jumps. Bringing his signature bag of tricks which included cranked turndown flips, flip double whips, triple whips and the hugest dumped 3’s in the game. Always a crowd favourite at The Night Harvest, clearly Leandro was favoured with the judges too. 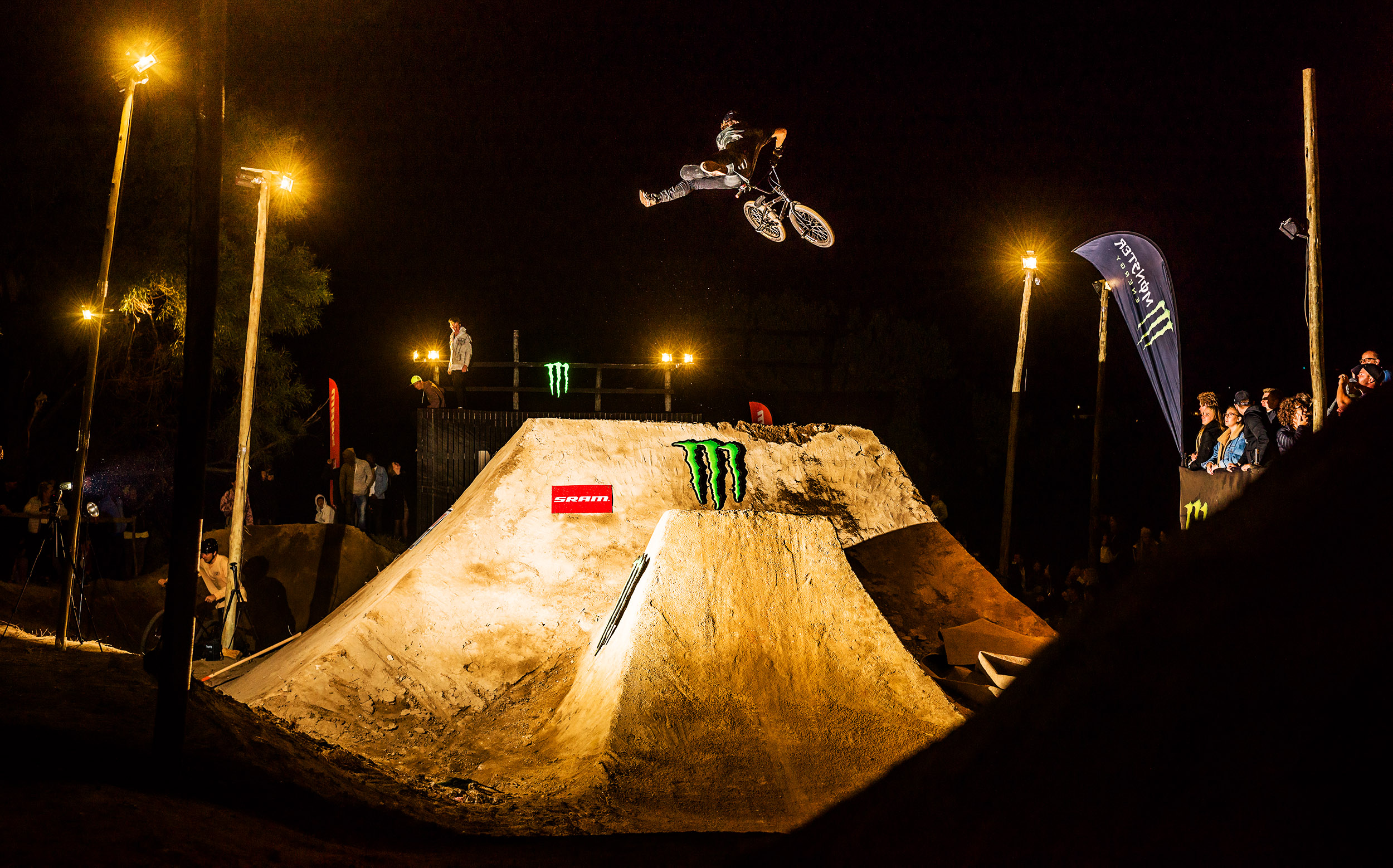 Mike Varga was on fire, fresh off a long airport transit. The Canadian proceeded to annihilate the course with all the tech wizardry and burly combos you’d need an action replay to process. Varga wasn’t just happy with dominating the line, he then proceeded to icepick bar the wall ride at the bottom of the course which was a first for the event!

Pat Casey – “The Night Harvest is always one of my favourite events of the year, it’s been awesome riding with all the boys and I was hyped to take to win again, also a huge surprise was being handed an invite to this year’s Battle of Hastings as a captain this year.” The SoCal native completely destroyed the jumps every time he dropped in for the well-deserved W.

There was a strong contingency of Monster Army shredders in town, including Brock Horneman, Bryce Tryon and Alec Danelutti brought their A-game and gave the Monster Energy top dogs a run for their money. Brock ended the event in a close 4th place, sending all the hammers in his artillery, flip triple bars and a plethora of mind-blowing runs, the Aussie is sure to be on the podium more regularly in the near future.

In the MTB division, there was a solid line up of locals with a few international rippers including Swedish wunderkind Lukas Skiold and big air extraordinaire Matt Macduff up against Cape Town’s very own Justin Novella, local DH Free-racer Theo Erlangson and up and comer Cornel Swanepoel, all completely sending it for a chance to land on the podium.

In 3rd place came Czech dirt jump veteran Tomas Zedja who had the line waxed from top to bottom with a mix of classic tricks. In 2nd place, Matt Macduff came in hot from a week in Barcelona and treated the crowd to a selection of heaters which included folded 360 tables, massive flip whip’s and even gave a solid go at some flat 720’s during the Best Trick jam. Macduff – “Honestly, I’m so stoked to be able to ride on the level I was on before my big crash on the loop 2 years back. Everyone killed it. I wasn’t even expecting to be on the podium, I just went out and had fun with the crew, I’m super grateful to be back on this level.” 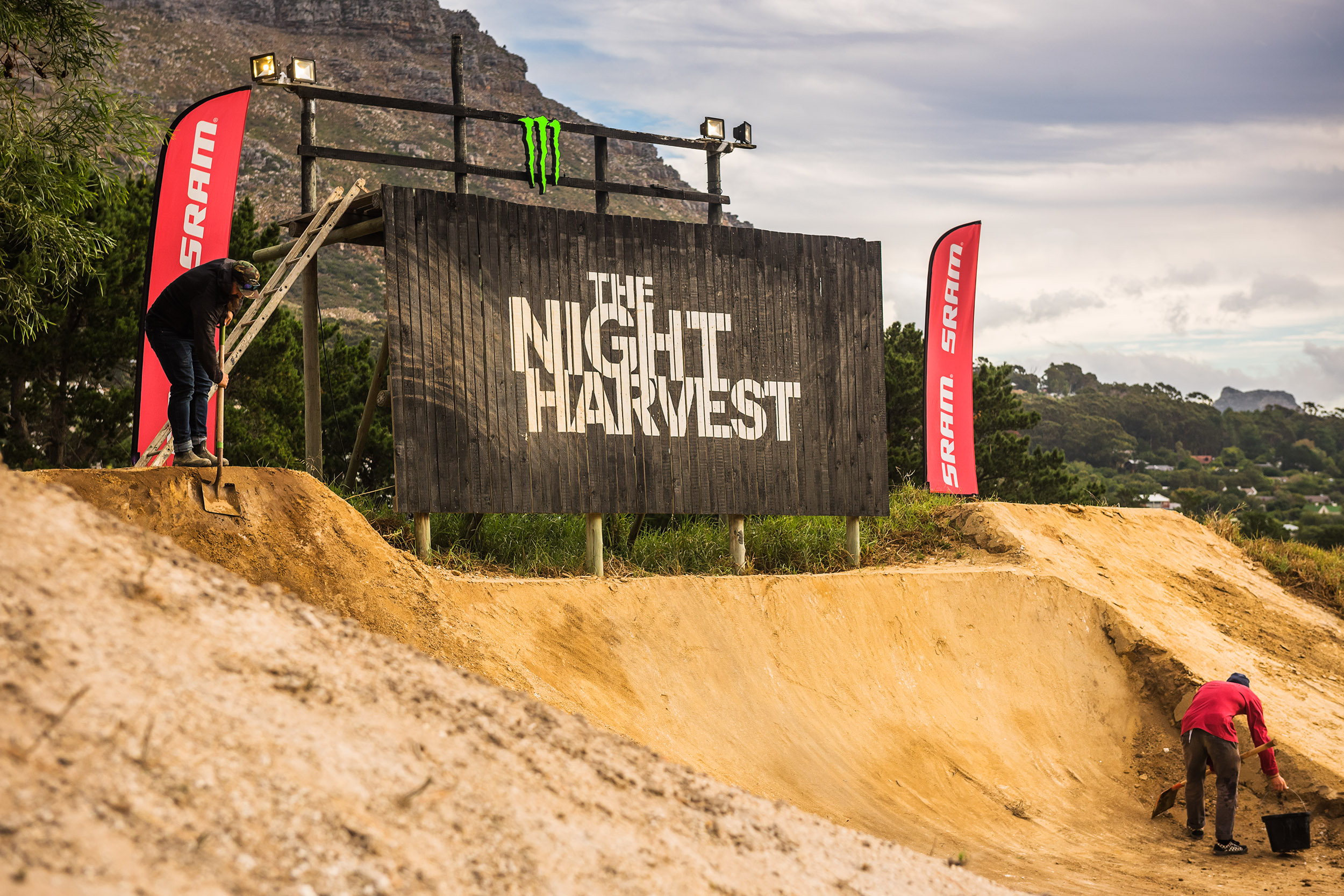 In the 1st place spot, experience points paid off here with Lukas Skiold and his mathematical precision on everything he does, taking the clear win in the class. “So stoked to be out in SA again after 2 years after coming out and winning Best Trick, so I was so hyped to come back and push even harder. The jumps were amazing. I tried my hardest to land a cash-roll bar in the Best Trick, I’m going to go back to the drawing board on that and give it another go in a contest real soon.”

Check out the Video!