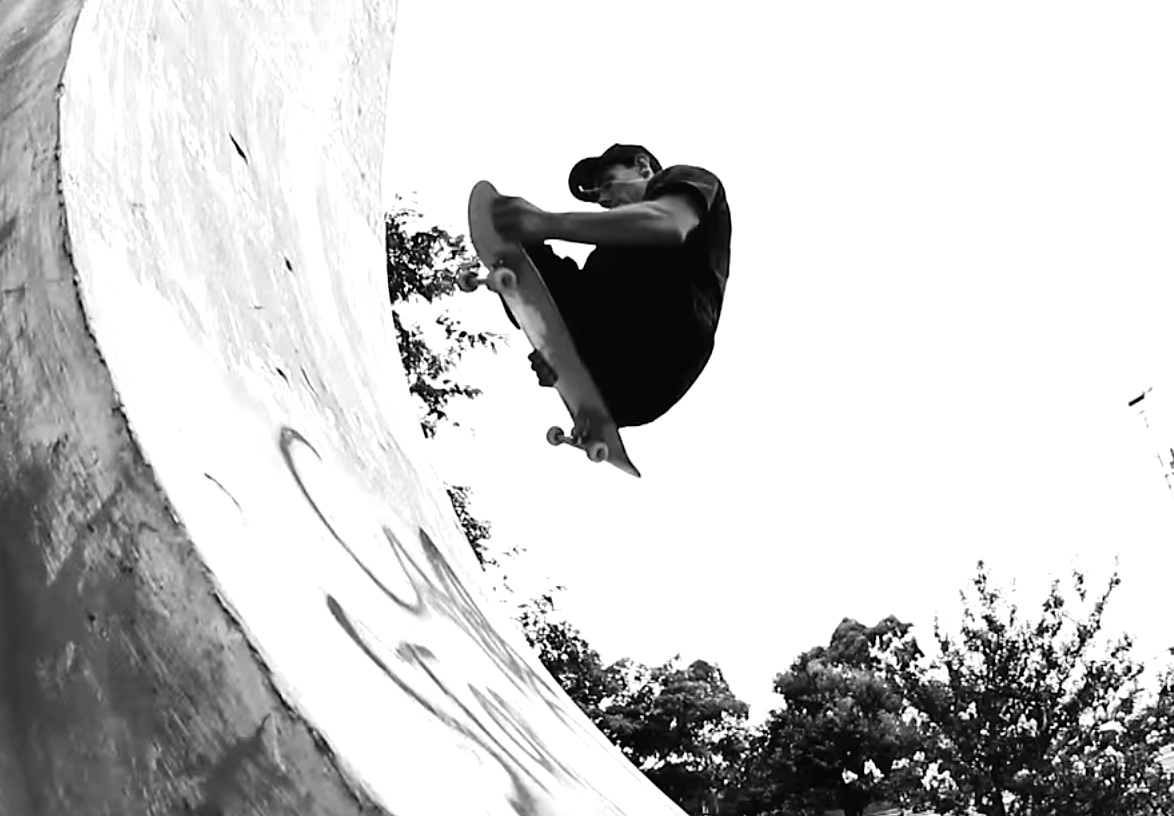 Blows my mind how this guy took what most would have accepted as a life without adventure and risk, having no legs, and turned it around to not only push himself, but the sport. Bloody inspirational man!

Italo Romano is from Curitiba, south of Brazil, and he has a unique story. At 11 years of age, Italo had an accident playing with his friends which cost him both legs. But, what seemed like a tragedy ended up being a new way of life, and a year after the accident he was back on the board. He believed in his talent and gave everything up to try to make a career out of skateboarding. After two video parts and many achievements in the skateboarding world, he was finally able to turn pro at 23. For Italo Romano, it’s “never give up, never give in, you make your own way”.

Watch Italo Romano’s inspirational story, and if this doesn’t get you pumped to get out and skate, we’re not sure what will. 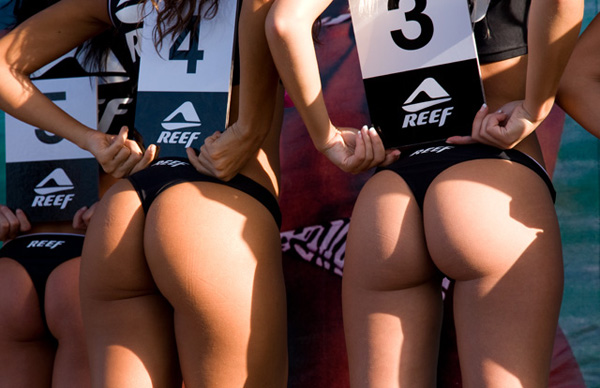 I dont even know what these girls are saying in their interviews, but who cares… They all have fantastic rumps and that is why they are Miss Reef Brazil finalists. 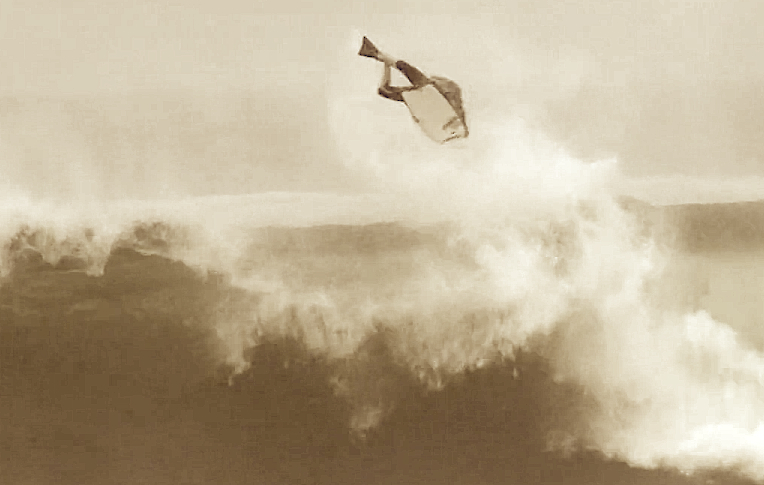 It’s hard to track down World Tour athletes to film for a web short, what with their constant travelling and moving about the planet. Somehow, Le Boogie Magazine managed to link up with South African, Jared Houston, enough to put together this great little video. Big tubes and even bigger punts… 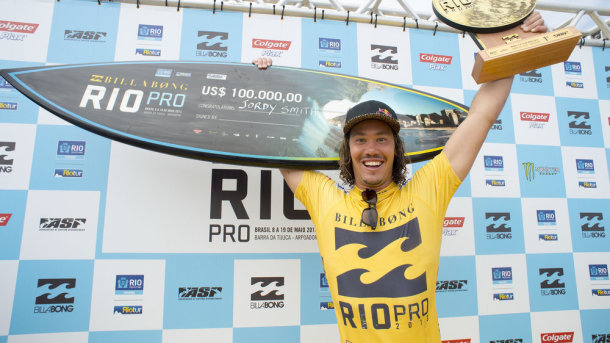 Ok, I am a little late here, but I was deep in the desert with no internet. But even there the news that Jordy Smith had beaten Adriano in the Final reached my ears and there was much celebrating and drinking of beers around the fire! The result puts Jordy in 2nd place on the World Rankings, behind Adriano da Souza who holds on to first place barely. These two now sit ahead of Mick Fanning, Kelly Slater and Taj Burrows, who they both probably looked up to just a few short years ago.

The commentators, tweeters and even some of the judges were claiming Jordy from day 1 here and he simply followed the game plan, never looked ruffled and calmly took the winners cheque. There in lies, I think, the turning point for the big guy. CALM
The man was putting on a show for the spectators, enjoying himself immensely and it came through in his surfing. Now he just needs to take that calm through to Fiji and the thundering lefts of Cloudbreak. I have no doubt he can win this competition to, but we are going to have to wait and see…

It has been a sterling year for South African surfing thus far, I am am hoping and hedging my bets we may have a World Champion come December! 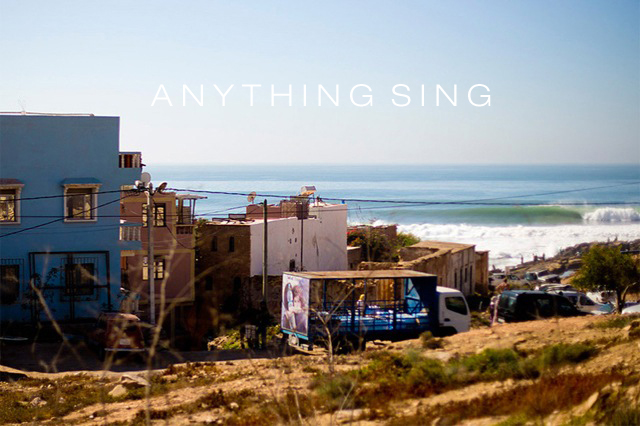 We all love free stuff and even better when a free surf film!

About: FROM THE DIRECTORS OF DEAR SUBURBIA…
The world is filled with distractions. everything around us blinks, rings, sings, shouts, distracts, vibrates, reminds, likes, comments and down- loads. the chaos and beauty of the world is being overshadowed by technological distractions and tweets that possess no lasting significance outside the screen they’re displayed.
Anything sing is our attempt to rise above that chaos by creating our own environments and settings. on different surfaces. new canvases. on concrete. on walls. on water. on arms, with ink. something permanent. Like moments.
Director: Kai Neville / WHAT YOUTH

After a long break we are back to World Tour action in the samba town of Rio. With the ratings still wide open after Adriano took down Bells much to the disbelief of most of the surfing world, all the big names are in the hunt and Rio is known for throwing some curve balls. Kelly is always the danger man, John John Florence is still injured, so the event has no defending champion. Jordy Smith has been on fire and with a gold medal win at the Xgames he will be brimming with confidence. I am really liking the new kids on the block, Nat Young and Filipe Toledo, who hav eboth been super impressive on their debut tour events. Toledo with a home crowd could be super dangerous. Gabriel Medina has had a slow start, but will always be on the hunt at home in Brazil. Adriano Da Souza after a win at Bells, will be feeling the eye of the tiger and claiming floaters all over the show! Let the battle begin!