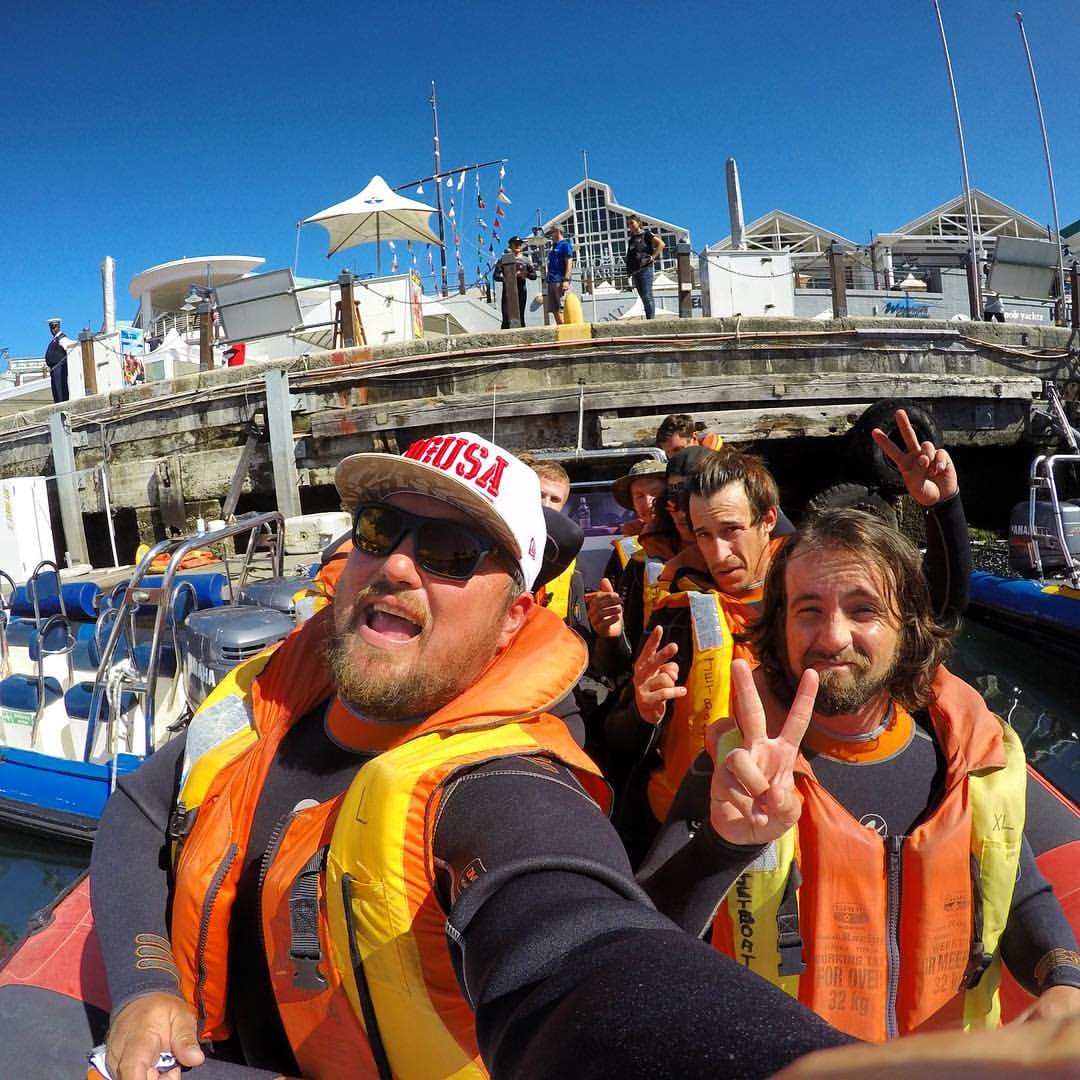 When I saw the lineup of BMX stars coming out to South Africa for the Ultimate X event, I was pretty impressed. I also knew that I would have to show them a good time and get them out of their comfort zone. Enter the 2 Oceans Aquarium and Adrenalised Diving. With help from Appventure we organised that Daniel Dhers, Allasandro Barbero, Tom Isted and Kenneth Tancio would do their resort courses for diving and enter the Predator Tank at the 2 Oceans Aquarium, while myself and the team at Adrenalised Diving and Waterfront Charters took the wild bunch of Catfish, Greg Ilingworth, Panos Manaros, Pat Casey, Declan Brooks, Brock Horneman and Kevin Peraza diving with seals. We also got to see two species of dolphins and other aquatic life. All in all another great day in Africa, watch the video here…

Having the best BMX crew in the world in Cape Town last week, I had to take them out of their comfort zones! So while some went diving with Seals with Adrenalised Diving the rest went diving in the Predator tank at the Two Oceans Aquarium – with AppVenture SportsView Online and Ultimate X – Action Sports FestZack Yankush Daniel Dhers Pat Casey BMX Kenneth Tencio "pollis" Brock Horneman Declan Brooks Kevin Peraza Tom Isted Greg Illingworth Anas Mansour