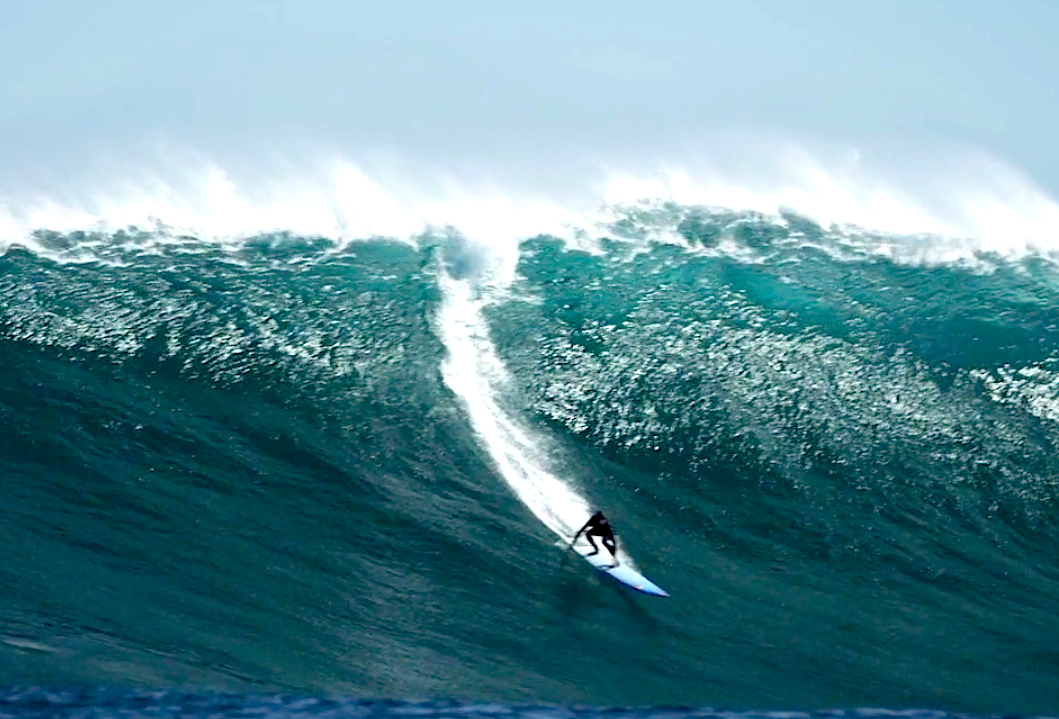 I hope you guys and gals had a great Xmas and New Years and welcome to 2014! It’s going to be a mental year of action sports in SA, but as we get underway I thought I would look back at 2013, and first up the world of surfing.

Starting the year looking down the barrel of a gun financially as he lost his major sponsor and the year’s big wave season stuttered and started very late, Grant Baker came back guns firing! With the announcement of the ASP Big Wave World Tour, twig looked me in the eye and stated with total sincerity and focus, “I am going to be the Big Wave World Champion”. The nay sayers would say he is getting too old, his time is passed, etc etc. Twig shrugged it all off, trained his ass off and when the waves finally arrived in late winter, blew minds with his commitment and focus. (While watching the Dungeons segment below, make note of John John Florence on the boat in the channel and what he says watching one of Twig’s waves!) When the first official big wave event on the year was called on in Europe, many of the big names chose to remain in Hawaii, where they had just arrived. Twig got back on a plane and missioned across the globe to dominate the event and take the number 1 spot on the ASP BW World Tour. The kids going on tour this year like Beyrick de Vries, Slade Prestwich, Mikey February and Dane Staples need to take a leaf out of Twig’s book. If your mental game is on, your body fit and ready for anything and you believe in yourself so much you intimidate your competitors, you can be the champ! The ball is rolling for Twig out of 2013, lets see what 2014 brings…

Twig: A Calculated Madness from SURFING Magazine on Vimeo.

I checked Beyrick getting a lot of flack through the years. I don’t think people took his challenge for the tour seriously. Those people, all have egg on their faces now though! An incredible year of results, culminating in what has been called the best tube ever ridden at Sunset and a solid Triple Crown showing has put Beyrick on the cusp of qualifying and with a a super seeding for 2014. Now the pressure really starts as the World number 49 heads out as the number 3 South African seed on tour behind Jordy and Travis. With an able support cast in Dale, Mikey and Slade, I am really looking forward to watching the Qualifying Tour in 2014.

The big kid made big name in 2013. Long touted as the heir to Jordy Smith’s power game, Slade came right after a rather shocking start at the first Billabong Pro Junior at the beginning of the year. His big break came winning the Volcom Pro Junior in Durban and getting a slot in the competition at Fiji. With the powerful lefts of Cloudbreak as his pallet, Slade proceeded to slash and burn the competition in front of a global webcast audience. A massive win for the kid from Scottys and suddenly his head was back in the game. For me his best surfing was to come at the Junior World Champs in Brazil, where he lost to Gabriel Medina in the Quarter Finals (Medina smoked every heat in the competition), where more importantly it came to a last minute count back by the judges as Slade was the only surfer to challenge Medina the entire event. Slade has the skill, he is an immensely nice guy and he has the support of some great sponsors. My feeling is that with the right support and management he can go all the way!

Ducky has more than proven himself in big surf and tubes. Name made on the North Shore, a proven track record out at Jbay in front of a home crowd (Not long now till the return…) and a solid bag of tricks in the small stuff. The World number 71 has a decent seed going into 2014 and after speaking with him, he definitely has the desire to get onto the Championship Tour. Put Dale Staples on the Dream tour and watch magic happen… Now he just needs to go out there and qualify!

All in all we are poised for a massive year in professional surfing in South Africa. We have some serious firepower hitting the Qualifying Tour and make no mistake Travis Logie will go about business like he does every year. The biggest question on everyone’s lips must be, “Will Jordy Smith win a World Title this year?” He has looked me in the eye and told me there is nothing else more important to him than that exact goal and I believe him. I have put the bottle of champagne on ice in anticipation…