Celebrating ten years of surf heritage and vintage South African surf craft, Llandudno beach lit up for the Rolling Retro on Saturday. Once again, contest director, Captain Kai was under huge pressure as the morning started grey, cold and raining, but as per usual he called it right and it turned into a perfect day. The waves were a little on the wild side, but everyone had a good time and some spectacular surfing was seen over the course of the day.

Surf fans from all over the world came down to surf a piece of surf memorabilia, from Vudu Surf’s massive collection, and to enjoy what is hands down the biggest surf event in Cape Town. Over 150 surfers entered and there were around a thousand people watching from the beach. The Llandudno lifesaving club kept them well fed and hydrated, while the waves delivered once again.

The morning started with the rather large kneeboard crew hitting the line up and surf commentators, Stan Badger and Captain Kai could not pick a best one, so we just left them to have fun in the hollow conditions. It was a record entry of 18 kneeboarders, including long time Llandudno local, Guy Joubert.

Next up the bodyboarders and bodysurfers shared the line up and another Llandudno local, Markus Phitides, normally seen bodyboarding, put on a stellar performance with the hand gun to win best “Body Surfer/Bodyboarder” of the day.

Ocean Pledge and their team of environmental warriors had the beach signing up to end the use of single use plastic and cigarette butts – with a record number of pledges signed, showing that Rolling Retro fans care about the planet and our oceans.

The crowd on the beach must have thought they were back in time for the next heat, as a flotilla of paddle skis hit the lineup for the first time ever at Rolling Retro. A couple of fun chirps from Badger, such as, “We going to see one moerse Omlette shortly” were made, but the guys charged hard and were very entertaining. A big shout out to, Mike Wessels who put it all together. He has been charging some heavy days in the Gat lately and it paid off as he took the honours for the ski heat. 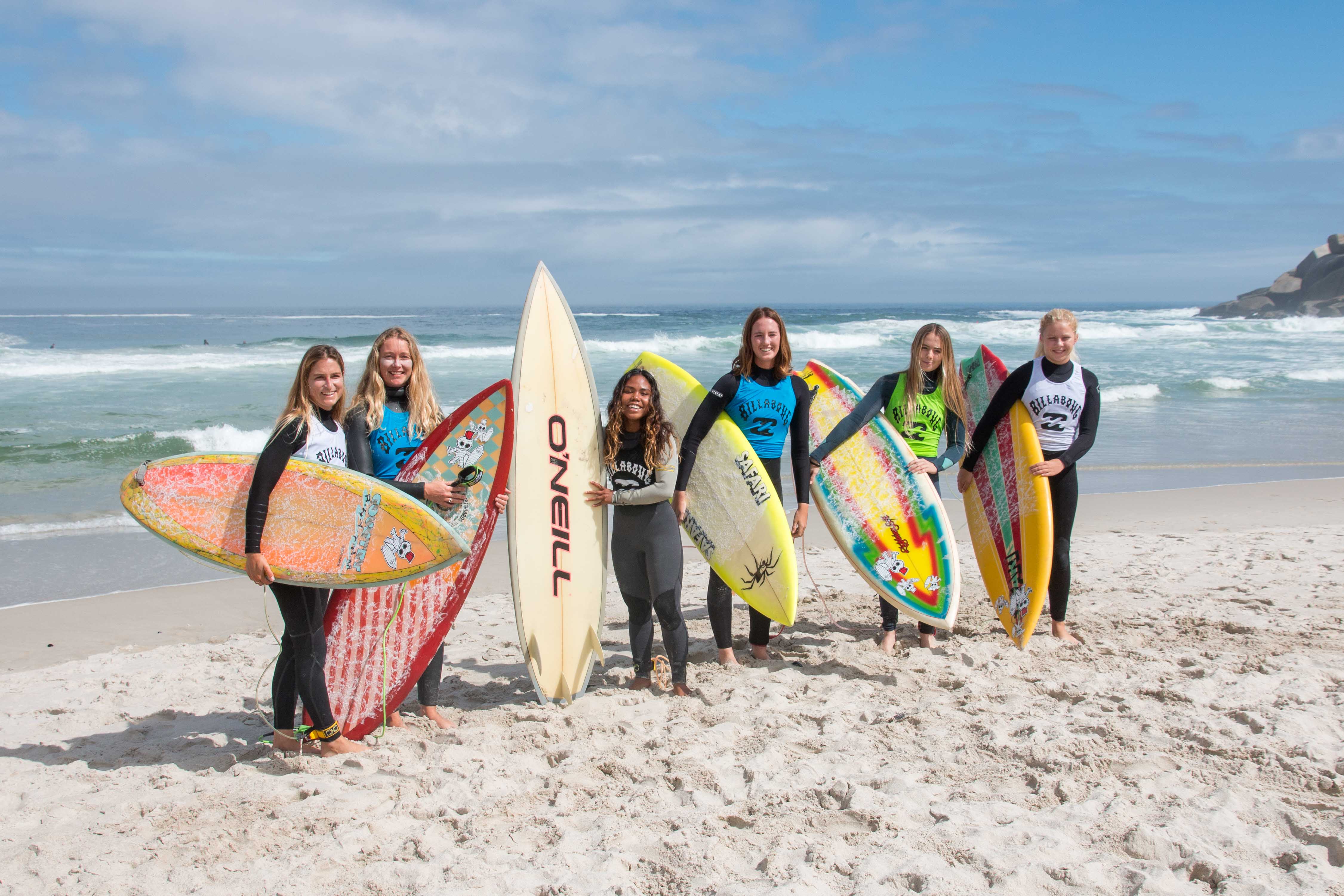 In the ladies it was a mix of Log and Short and some very notable performances. Young local, Mary Slijpen really impressed the commentators, as did local lifeguard, Tasmin Du Preez, who won best female Logger. Natasha van Greunen stole the show with some solid lip hits.

Hailing all the way from the Philippines, Raphael Nagalo, put on a very smooth performance in the heavy conditions to be awarded the best Log award. He was super stoked to be in Cape Town and even more stoked with the win.

The short boarders hit the lineup for the rest of the day and as the tide started dropping out, the conditions got pretty heavy. Contest Director, Captain Kai, found himself scratching into an absolute beast in the Gat and as the beach held their breath there was a moment where he looked like making it in, before getting absolutely destroyed. His consolation was being awarded the best wipeout of the day.

Billabong team rider, Joshe Faulkner, put on an electrifying performance, with some crazy turns and two huge, clean backside airs. His first air was so big and clean, especially in the heavy conditions, that the boys awarded him the best Move of the event.

One Llandudno local always stands out when the Gat is heaving and Josh Brodie pulled the rabbit out of the hat in the final heat of the day again. He found a huge clean wedge out of nowhere and back door charged the tube to the wild ovation of the crowd and into his second consecutive Best Wave award.

Out of many great overall performances, one guy stood out. Coming all the way from the bluff, Ricky Basnett was on fire and it was a unanimous decision to give him the best surfer of the day award. He promptly thanked his Vans team mates, gave them all his beers and rum and made a quiet exit. But he had already made all the noise he needed in the water.

The Red Bull after party kicked in, with psychedelic surf rockers, The Dinosaurs, ripping out a killer set before DJ duo Mix n Blend got the party people jumping. Ice cold draughts flowed, thanks to Striped Horse, the frozen daiquiris from Suncamino were everywhere ensuring the party was well and truly going off. The sun set, the smiles were huge and the party went late into the night. It was the perfect way to end another incredible Rolling Retro.

Huge thanks to everyone who helped, came down and had a blast and who have supported the event over a decade of seriously good times.