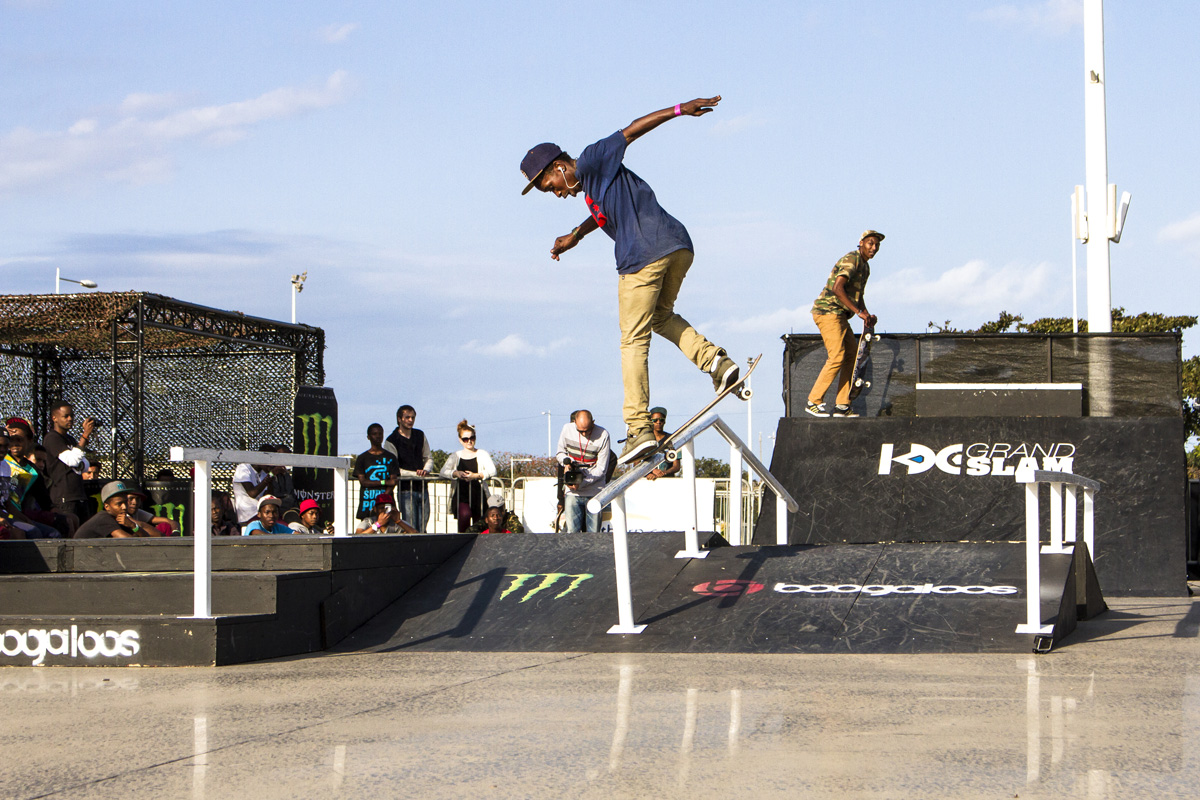 It’s all about the web show these days. If you are a well paid mega star from the US or other 1st World enclaves in Action Sports, you got to have a web show. The problem lies in the fact that most South African’s don’t have the budget to put one out, or at least to put a decent well shot offering out. So off the bat, I want to say well done Khule Ngubane and his sponsors. Just the effort of matching what the international trend is, shows really good foresight.

For those that don’t know, Khule is a rather larger than life character in the local SA Skate scene. He has started getting some serious results, has the chance to have a go at the international pros at KDC later in the year and possibly even take his show on the road to the holy grail of the USA. If that happens, this was a well timed exercise in marketing with an eye on growth. But, lets be real! There is no Scheckler budget here, so dont expect to see super slow motion “Red” footage and boys pimping in their Escalade with hunnies all round. Its more like 5 guys stuck in a Fiesta making jokes in Cape accents and waving R50 notes at girls. It’s real, the skating is good and its local.

So go have a watch and through numbers, help these guys improve their offering and get better. We need more local content!