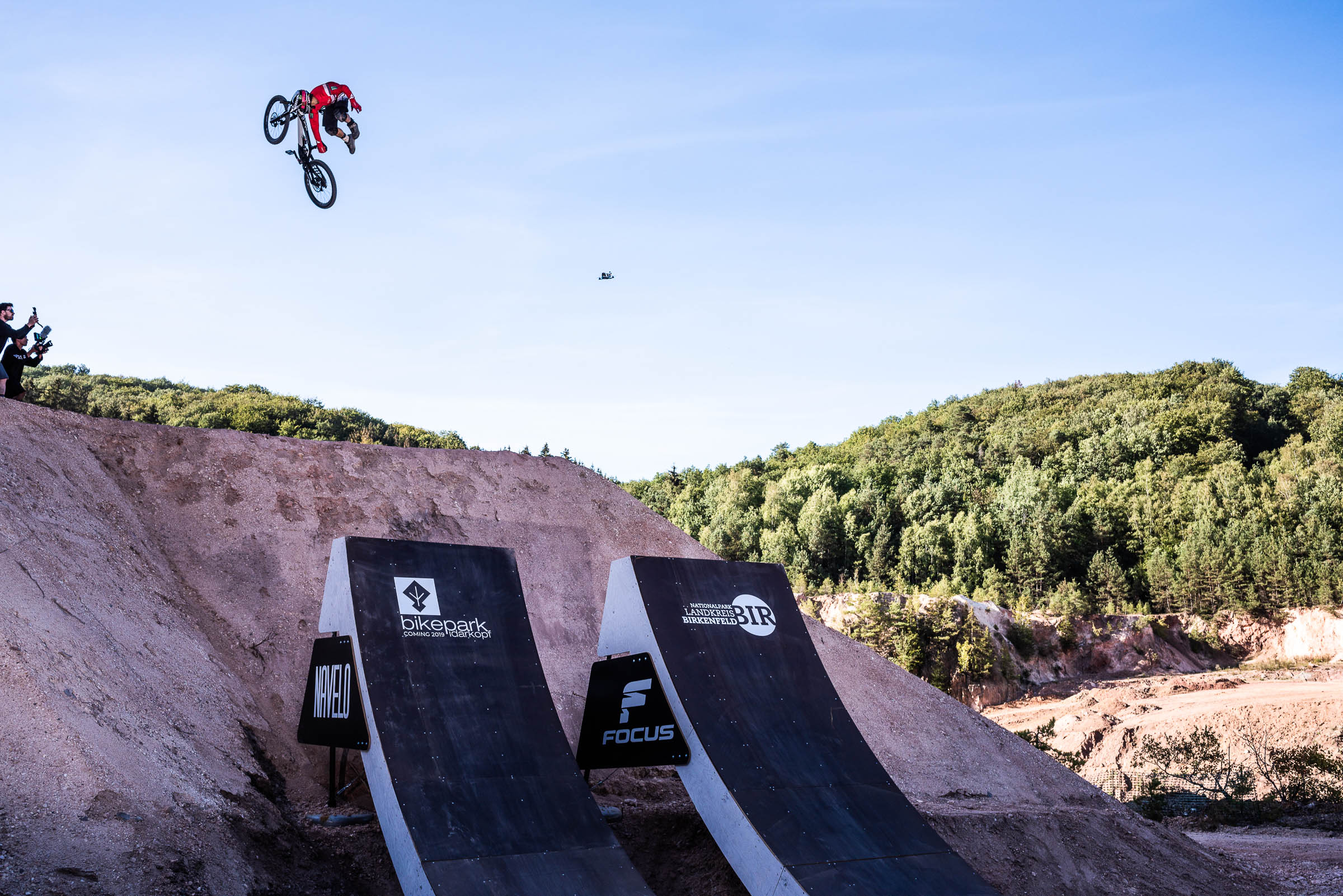 After six days of film shoots and sessions in the moonlike landscape of the quarry, the riders gathered on the evening of Thursday, September 14, to celebrate their successful “moon launch”. British mountain bike legend Sam Pilgrim was selected by his peers for the top honor of “Ruler of the Week,” and also won the category of “Best Slopestyle Line” at the Audi Nines.

“The Audi Nines is the best event of the year for me,” said Pilgrim. “You’ve got six days to perform to your highest level. I ended up winning two of the categories, which means a lot because everyone who voted for me, they’re all professional mountain bike riders. I’m stoked about it.”

Pilgrim was joined in the winner’s circle by his countryman Sam Reynolds, whose run through the freeride section was voted “Best Freeride Line.” Winners were also chosen in the category of “Best Freeride Trick”—claimed by Adolf Silva’s incredible Cali Roll, a world’s first on a downhill mountain bike—as well as for “Best Slopestyle Trick,” where Dawid Godziek’s quadruple tail whip—also a first—took top honors.

Silva crashed repeatedly before finally landing the Cali Roll, a spectacular aerial maneuver in which the rider lets go of his bike midair and spins 360 degrees before re-mounting to land. Godziek’s equally impressive quadruple whip involved a dizzying flurry of motion, as he spun his bike around the handlebars four times in midair before landing his jump.

When The Audi Nines’ relocation to the stone quarry in Germany’s Rhineland-Palatinate region in cooperation with Bikepark Idarkopf was first announced, many were curious how the unusual new location would work out. However, the events of the past week have made clear that the quarry, after extensive modifications by an experienced team of trail builders, was indeed a perfect venue for a world-class mountain bike event with a unique take on its presentation of the sport.

“The location worried us at first,” said Reynolds. “We weren’t sure if it would live up to the previous location in the Alps with the epic views. But once the “moon props” came in, like the satellite dish and all the cool ramps, the venue actually had a lot more character than ever before.”

“It’s the most unique location I’ve ever ridden a bike in,” he added. “It looks like a video game.”