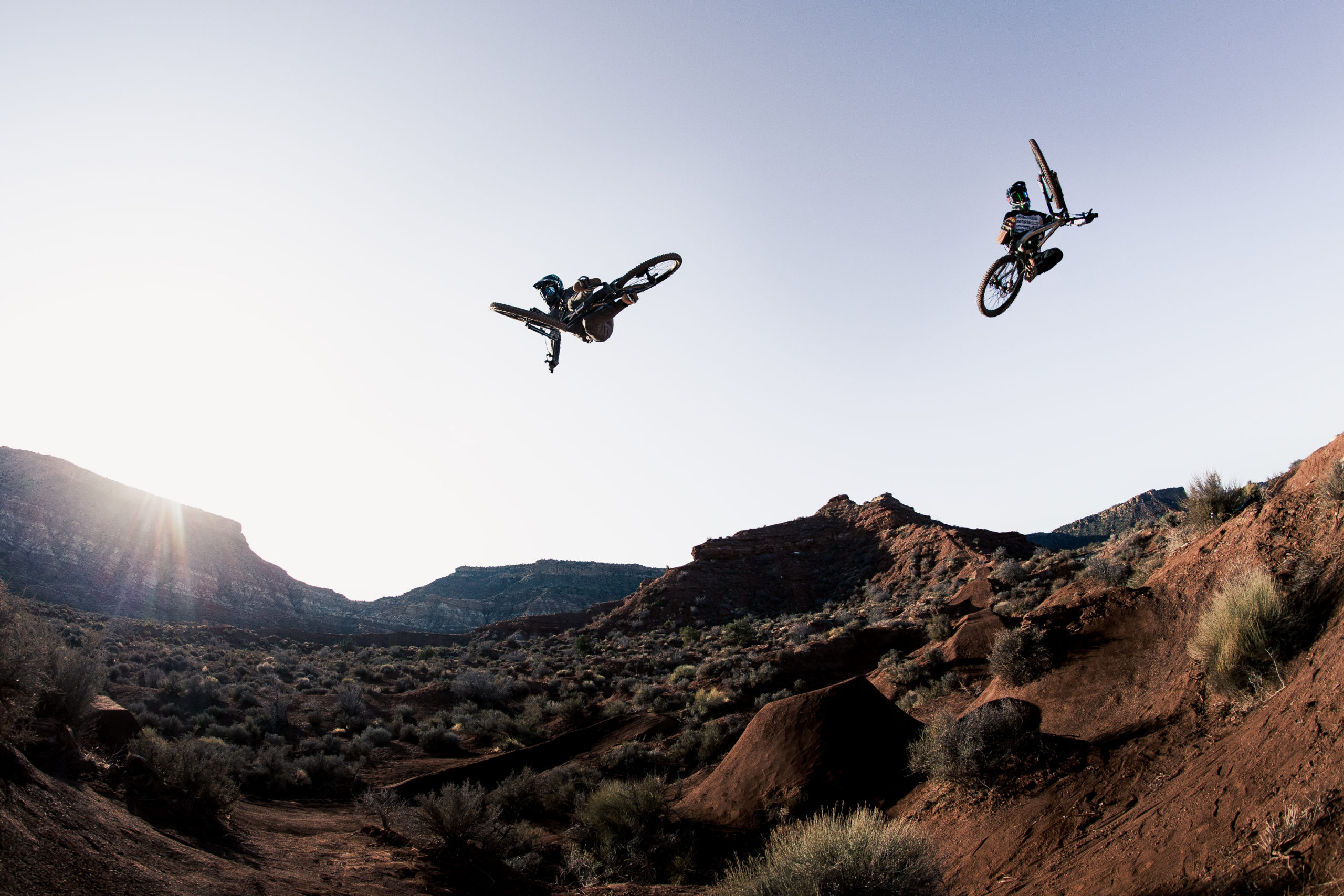 Back at it again! Monster Energy is proud to announce the worldwide premiere of the “MESA 2” mountain bike video starring team riders Ethan Nell and Tom Van Steenbergen. The new 3:22 minute video is live now on Monster Energy’s YouTube channel. As the sequel to 2019’s viral video sensation “MESA”, the high-energy edit captures innovative MTB riding on natural terrain with the Utah desert landscape as a dramatic backdrop.

The first installment of “MESA” already garnered more than 166,000 views – and counting. With “MESA 2”, Nell and Van Steenbergen revisit their formula of building hand-sculpted jumps in the virgin Utah desert landscape while cranking up the intensity a few notches: Get ready for steep drops, natural gaps, insane speed runs, and no room for error in this next-level freeride mountain bike edit.

As in the previous video, the two mountain bike trailblazers take on the Utah desert as a proving ground frequented by riders from all across the world. The natural terrain, lined by rock constellations and steep natural inclines, pushes riders beyond their comfort zone, making or breaking dreams.

On that note, the video shoot began under challenging conditions. Van Steenbergen returned to finish filming this edit after breaking his femur jumping a road gap in mid-2020. Nevertheless, the seasoned MTB pro, known for landing the first double-backflip ever executed in the competition, came in without missing a beat.

Van Steenbergen once again headlines the video alongside Nell, a native of the rocky mountainside in Utah. The young rookie was raised in this harsh desert environment on a steady diet of motocross, BMX, and mountain biking. And it shows: Prepare for technical airs and no-holds-barred drop-ins. All filmed out in the Utah desert where the rock surfaces are unforgiving, and the consequences can be dire.

The high-octane action and vast desert landscapes find their perfect counterpart in the ethereal soundtrack, featuring “Lay Me in the Ocean” performed by Blood Red Sun. Cinematography by Calvin Huth and Peter Jamison captures the freeride mountain biking in its massive scale via follow-up cams, panoramic vistas, and aerial shots for another worthy entry in the MESA video series.

When riders like Nell and Van Steenbergen join forces, the outcome is bound to be classic. For proof, look no further than the double lines featured in ‘MESA 2’, with both riders simultaneously attacking the same runs with heavy-hitting tricks.