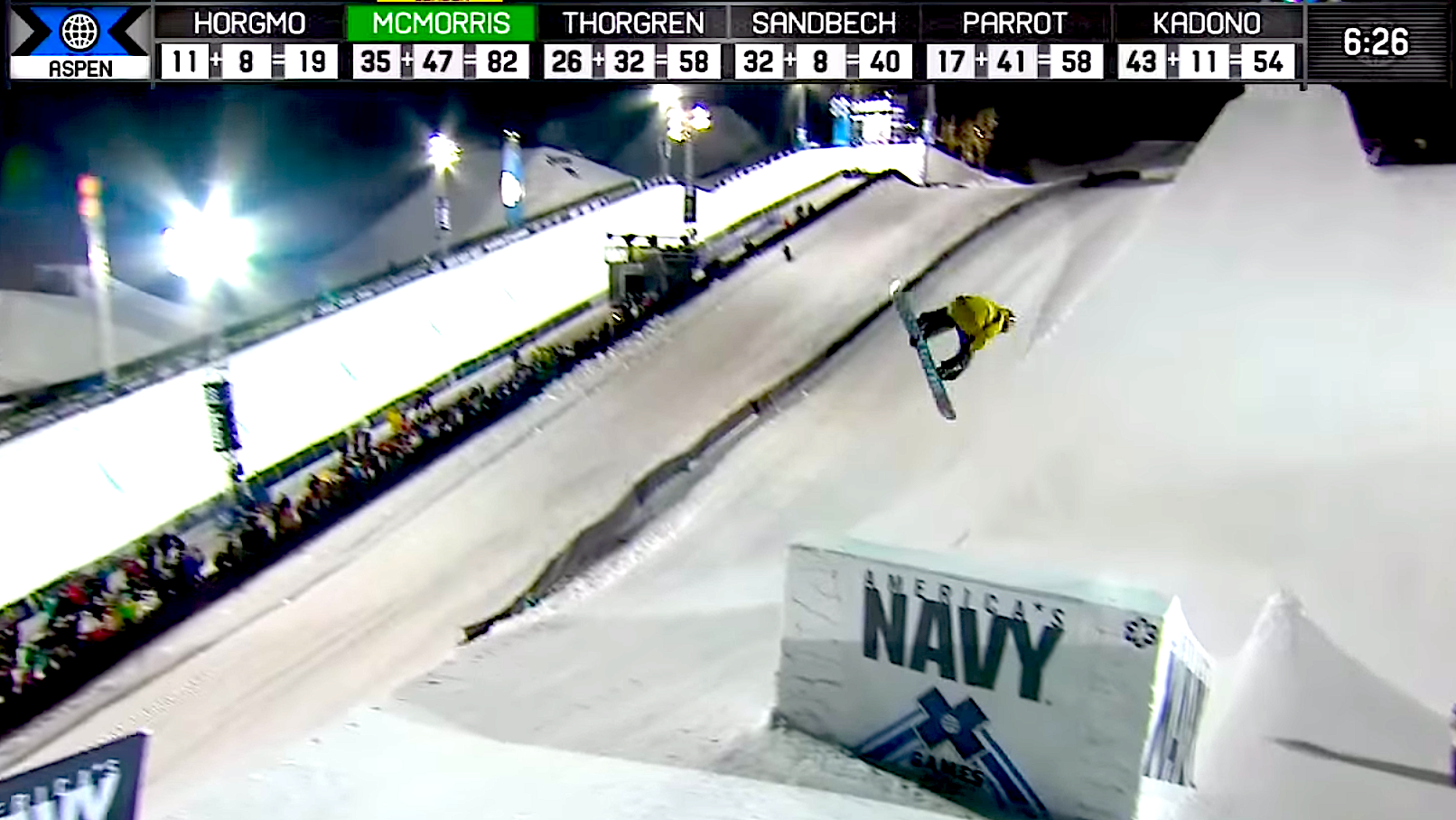 So another X Games has past and the levels as per every year just keep getting higher. There were some ridiculous moments in 2015, in Aspen and I bring you my choices for the top moments.

First up in the ladies Superpipe the battle was between Lindsey Jacobellis and 14 year old, Chloe Kim. Jacobellis has dominated the sport for years and when Chloe had one of the biggest falls of the night, most thought the Gold was out of her grasp. But the youngster put on her fighting gloves and came back to win the Gold and become the youngest Gold Medal athlete in X games history.

Staying in the Pipe but in the men’s ski final, it was the first win from a Canadian by, Simon D’Artois. The guy was clearing 21ft out of the Superpipe and hitting double corks like they were straight airs.

In the Ski Big Air it was young rider, Vincent Gagnier, who blew minds with his top 2 runs. This guy was stoked because he made 2 tricks he had never done before in competition.

The top 2 moments belong to one man, Marc McMorris. This guy is riding on another level! In the Snowboard Big Air, he pulled first a frontside triple cork 1440 and then stepped it up with a backside 1620 triple cork. The commentators were actually speechless.

After blowing everyone’s minds in the Big Air, McMorris moved onto the Slopestyle, where he once again stepped up the performance levels to claim his second Gold of the X Games. With a flawless rail game and progressively huge airs, he stepped up the game.

These were by no means the only highlights of a once again incredible winter X Games. Check out the X games rollout video for the biggest moments of 2015. The focus will now turn to summer and X Games Austin in early June.