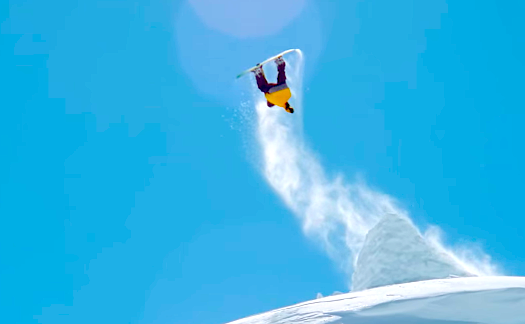 Prepare yourself for some Friday Awesomeness! This week on the Friday Mix we start with the new snowboarding film from Burton, Backcountry. Burton’s four-part web series [SNOWBOARDING] kicks off on 9/13 with the release of the first episode, BACKCOUNTRY. This episode takes you deep into the mountains of British Columbia, the Pacific Northwest, Switzerland, and beyond. Featuring the riding of Jussi Oksanen, Terje Haakonsen, Jeremy Jones, Nicolas Müller, Mikey Rencz, and Mark Sollors, BACKCOUNTRY highlights heavy riding on massive cheesewedges, natural big mountain lines, hairy cliff drops, and soft landings.

Lastly take a trip into the heaving waters at Mavericks with South African big wave surfer, Grant Twig Baker showing why he is one of the best in the business! The guy takes such different lines to the other surfers and really shows what the paddle potential is at one of the world’s gnarliest waves…