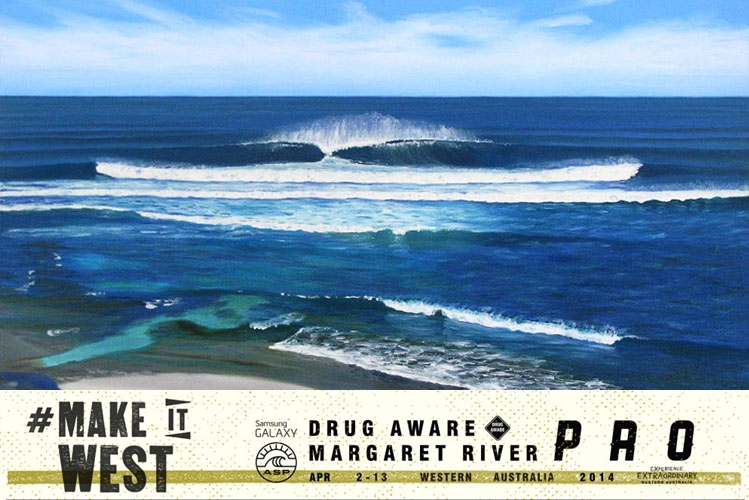 Time for stop 2 and one of the newly added stops to the premier tour on the ASP year, the Drug Aware Margaret River Pro. This competition has been running for years as a qualifying event and many of the top contenders for the World Title have had success here. The wave breaks as an almost perfect A-Frame, but as it gets bigger the rights can close out and the left really starts running. Make no mistake, this wave gets big! Of course they do have the option to shift operations over the bay to the slab, right hander, known as the Box, but this will only happen if that wave happens to be all time.

Taj Burrow has to be high on your list of picks. The West Australian native has surfed the area for his whole life and knows the conditions, the waves and the local support like the back of his hand. He was looking destructive at Snapper and he also must know this is one of the last chances for him to win that elusive World Title. Expect a huge performance from Taj. Jordy Smith, looking good at Snapper then losing in a shock result to Pires, will hopefully be angry and looking to muscle the larger canvas that is Margaret River. This wave suits Jordy in a heat situation, with massive bowls and lips waiting to be taught a lesson by the big South African. He needs a solid result to stay in top 5 contention. John John Florence had a a shocker at Snapper, but, has won the event at Margaret River recently and also enjoys the big powerful waves. I am pretty sure most of the surfers on tour will be hoping not to draw John John. Slater of course is always in the hunt, as will be Joel parkinson and Mick fanning, all who were looking fantastic at Snapper. Gabriel Medina fresh off a big win and the current World Number 1, will want to consolidate, but he is going to be under pressure in the West Oz conditions. I also reckon Nat Young will suit the conditions and waves here, so watch out for the Californian. Giant Killer forecast goes to Yadin Nichol, who is in the trials. He has had great results here over the years and with no pressure for tour points could just murder a few tour guys all the way to the finals.

Check out the teasers below and follow the action at http://www.aspworldtour.com/events/mct/649/drug-aware-margaret-river-pro from 2 April 2014.