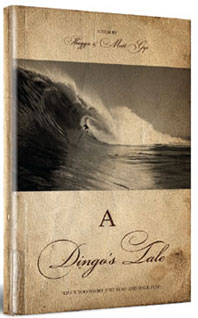 “A Dingo’s tale tells the journey of a young boy who grew up in a violent and unstable environment but was saved by the ocean and surfed his way to the top of the world.”

I have been waiting for a couple of months for this movie. Ever since I watched the surf film, 3 Degrees, I have been a Dean Morrison fan. He was the quiet kid in the shadow of his more well know mates, Parko and Mick Fanning. But there was something about him that drew my attention. He is one of the best tube riders of all time. Growing up at Snapper and Kirra on Australia’s Gold Coast will do that. But, it was something more, a feral edge to the man behind the quiet and almost shy exterior. Watching this movie, it all became a bit more clear to me. Dingo grew up in a turbulent home, surrounded by drugs and domestic violence. His only escape was surfing. When he met Rabbit Bartholomew, his mentor and guardian, at age 12, his life would change forever. Even rabbit was astounded by the drive Dean showed as a grom to be a pro surfer. More than he wanted it, he needed it! In the end, maybe to his own detriment as a competitor. This is the main story, and almost one could say tragedy of Dean’s life – and boy does he have some tragedy! How would you feel losing your wife, dog and competitive career in one year? But, he is also surrounded by good friends, who support him and help him recover. And this is the magic of the man, everyone loves Dingo! 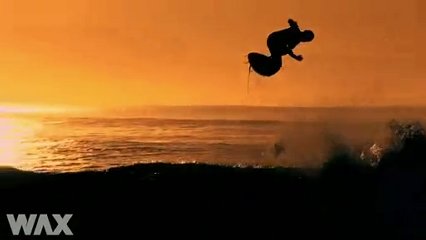 The surfing is amazing.The amount of expletives coming out my mouth, usually caused by another insane tube ride, were many and vociferous. Dean does not perhaps have the new school tricks and airs down like the Julian Wilsons and Jordy Smiths of the new tour, but when he does a turn or air, you know its going to be huge. For a small guy, he has an immense amount of power in his surfing. But it is once again the barrels, especially at Backdoor, Shipsterns and Chopes that will blow your mind!

I highly recommend this video, as no surf movie collection would be complete without, A Dingo’s tale!

Want to order the movie? Go to Surf Eat Sleep