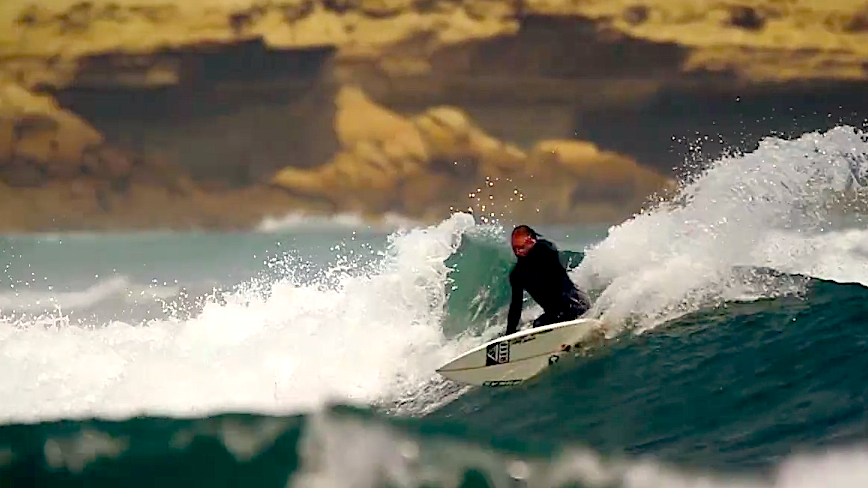 Every year there is a new surf spot that pops up on the radar with online videos and stories hitting the zines and Magazines. Angola seems to be the new perfect surf zone for 2013. With 2 groups of South Africans already weighing in with their videos, I have been patiently waiting for this to drop from a mixed team of Euros and Dane Gudauskas. Great edit, story and some pretty cool waves.

A film about exploration and surfing in the heart of Angola. It is in the hard moments, the moments when flights are missed and bus tickets bought, food is scarce but conversation is plentiful, cars are stuck but waves are just over the next dune, that the beauty of travel becomes apparent. It is in these moments that you learn to let go, to succumb to the wills of the road, and to allow life to happen around you and take in every experience. It was days of the most arduous travel any of had ever experienced, and in a moment it was washed away with the first wave- Kevin Voegtlin

Under Desert Sun from Kevin Voegtlin on Vimeo.