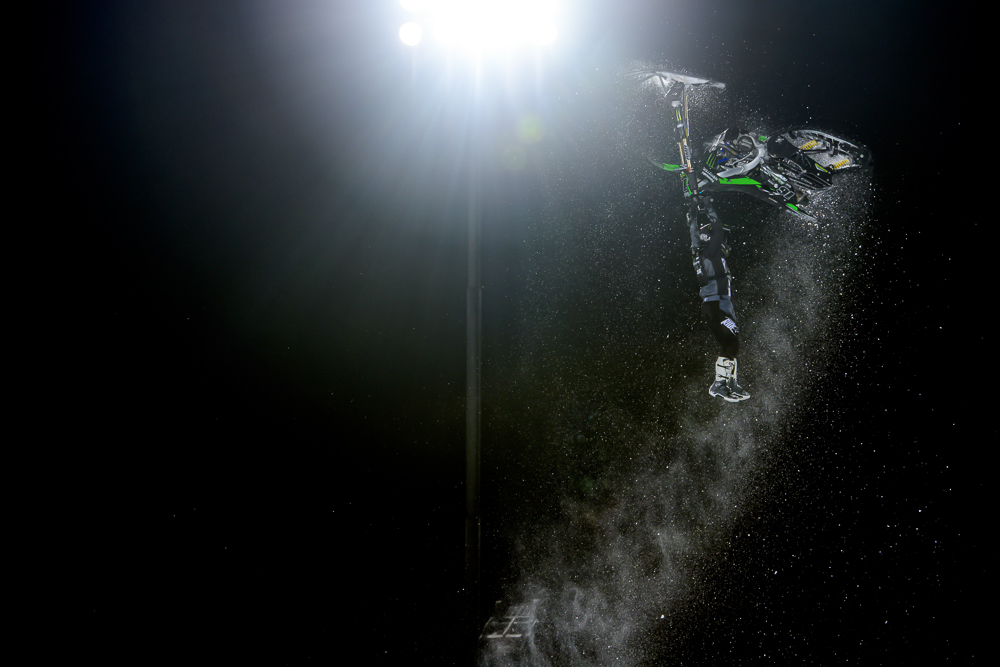 From the start XGames has been all about pushing the boundaries of action sports in a competition format. This year, watching the main events, live for once thanks to the Youtube broadcasts, I was once again blown away by the level of riding across the event. Hands down my favourite event was the Men’s Snowboard Slopestyle, where Mark McMorris once again came from way down the field to post an insane last run and win his 8th Gold Medal. (See the full Slopestyle broadcast below.)

The fourth and final day at Winter X Games Aspen 2019 went out in style!

Watch the full broadcasts of my Favourite Events

All the action was red hot, but there were a few that stood out! Here are my favourites for you to watch. 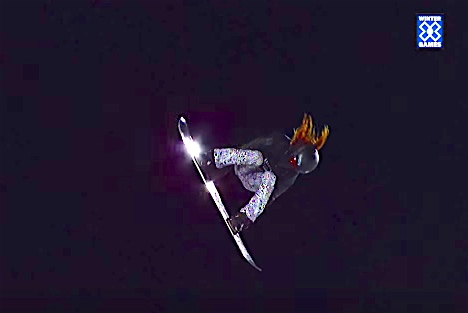 The Xgames Winter edition in Norway has been going down and there have been some insane performances. Mark McMorris coming from the death to take Big Air Gold in the snowboard, Henrik Harlaut absolutely blowing away the other men in the Ski Big Air, a last run win for Sven Thorgren in the Men’s Snowboard Slopestyle and then what has to be the number 1 pick, Shaun White, getting a perfect 100 score in the Super Pipe for Gold. Seriously, does this guy not stop? Enjoy the vids… 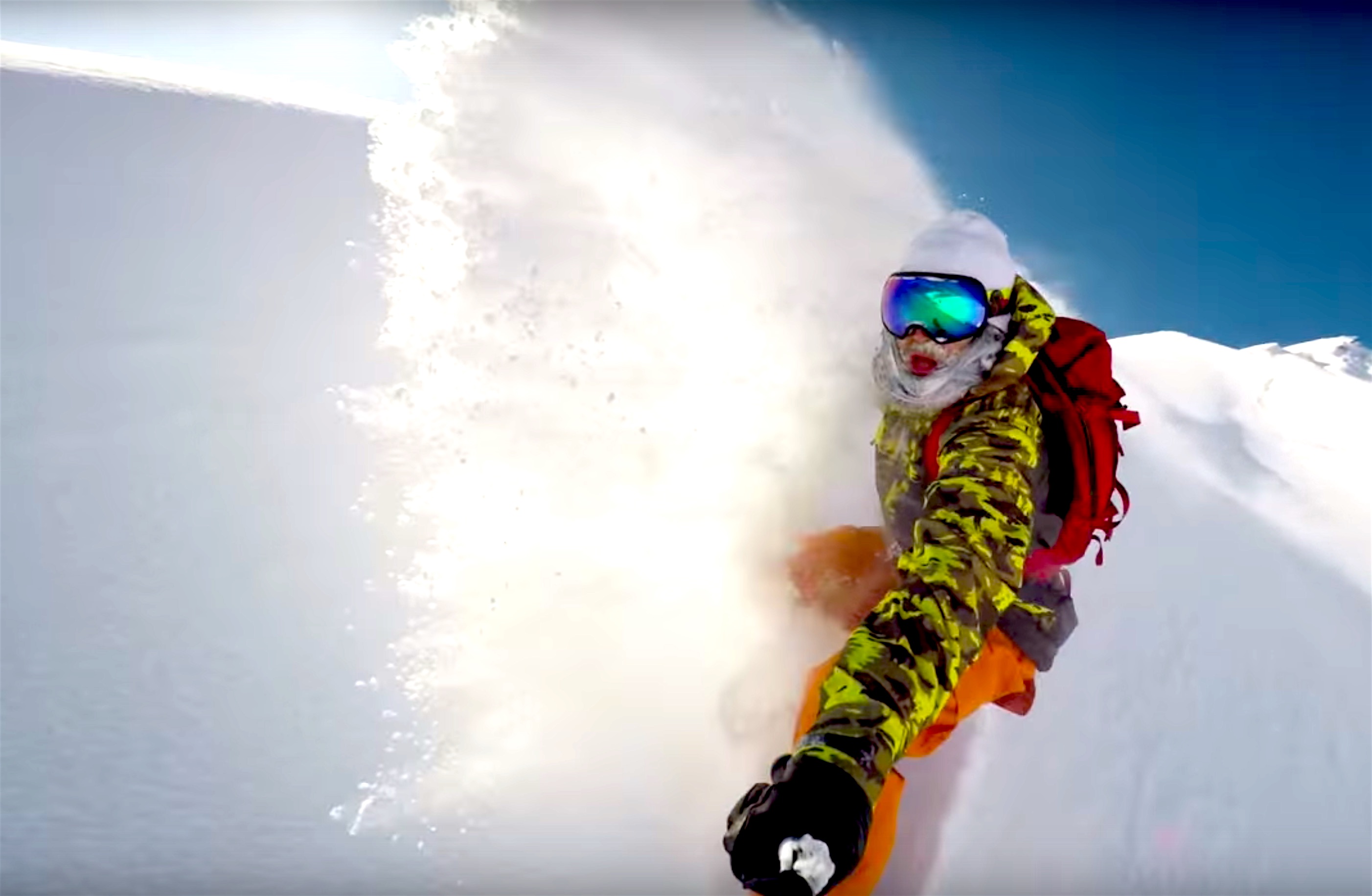 If like me, you are sitting in a boiling hot South Africa and dreaming of deep Pow and colder climes, you might not want to watch this video. Filled with the most glorious powder conditions you could ever dream of, it has me pining for some snowboarding action.

Explore Japan with GoPro athletes John Jackson and Chris Benchetler as they seek to find a moment of perfection in the snow. Follow the journey from the bustling city of Tokyo, to the rural beauty in Hakuba, and finally to the wintery north island of Hokkaido as they find endless fields of untracked powder. 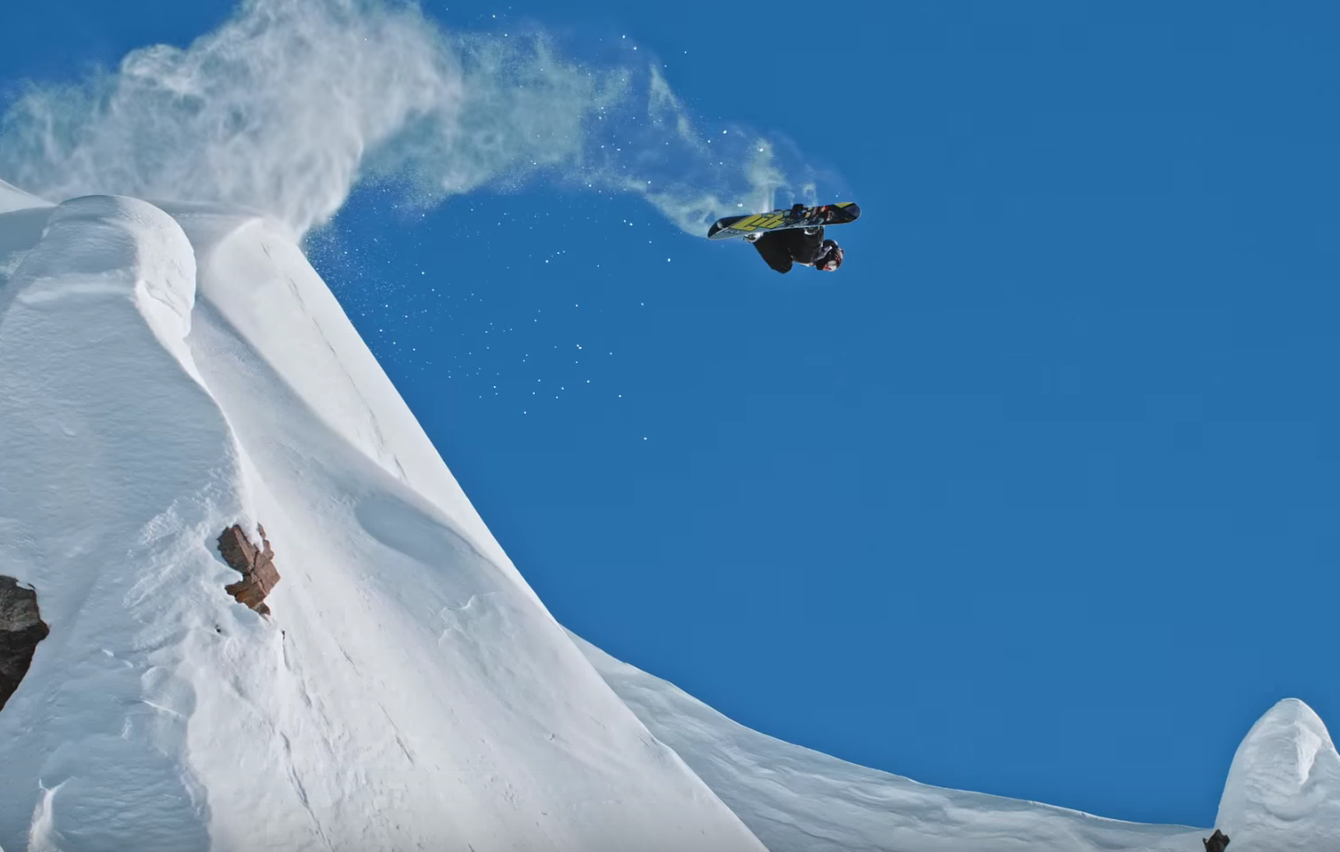 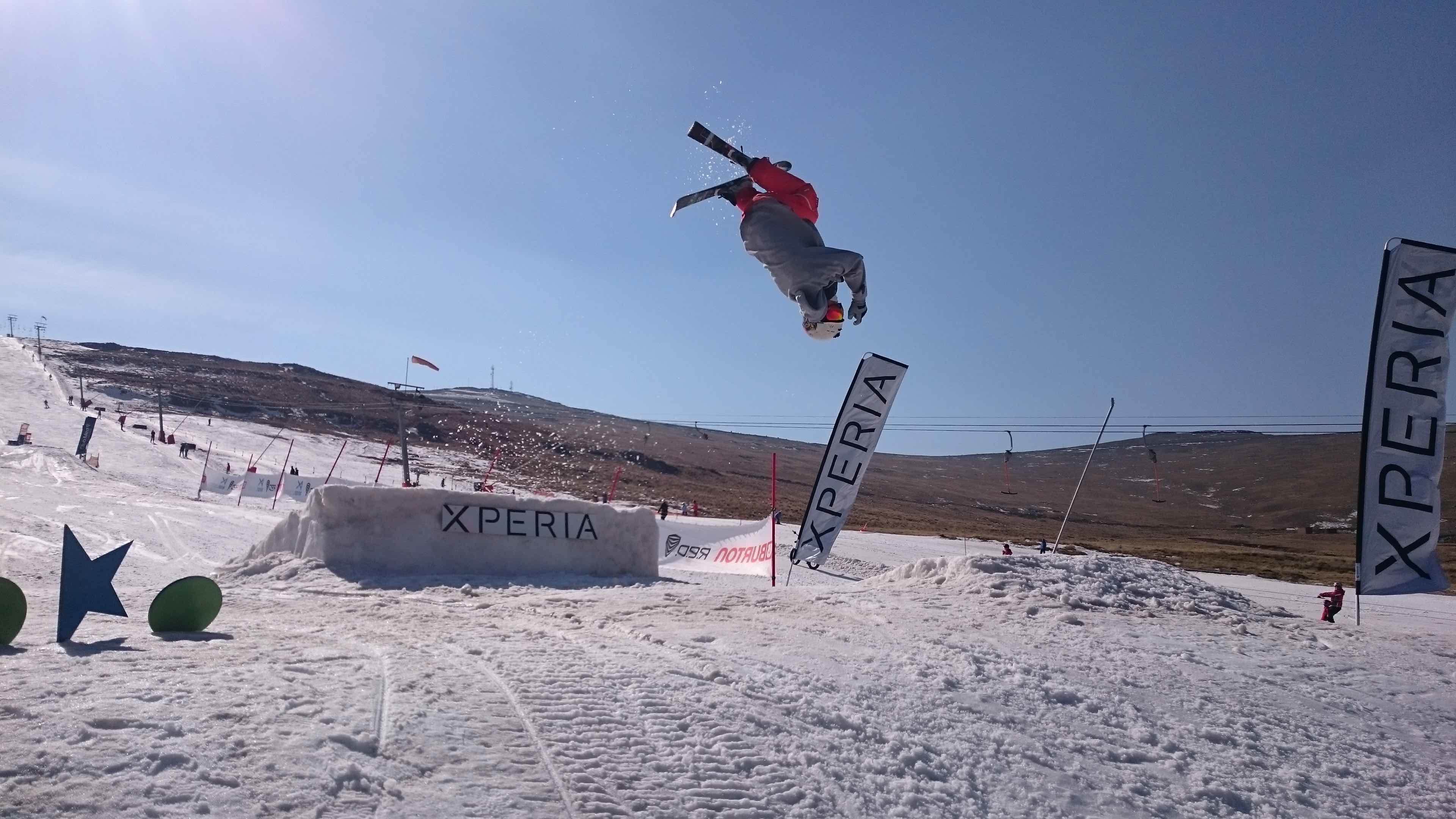 Two weekends ago saw Africa’s top snowboarders and skiers compete in the 2015 Xperia Winter Whip Snowboard and Ski Jam. The event took part on Saturday, 15 August 2015 at the Afriski Mountain Resort in Lesotho, and welcomed athletes from around South Africa and Lesotho, as well as a further 9 international riders from Canada, New Zealand and Slovenia.

The Resort’s Kapoko Park was pristinely groomed and prepared over a number of weeks, in order to provide the competitors with a top-class slopestyle course to lay down their best tricks and vie for a podium position.

The Amateur division was the largest and most competitive of the day, with judges giving progression precedence throughout the day. David Copperfeel, a local rider from the Wits Ski Club put down some impressive runs and finished in 3rd place. Jason Lammers looked good to defend his 2014 title, including some steezy transfers and good amplitude in his runs, but it wasn’t enough to beat the scale and progression from Sean Irwin who claimed victory, leaving Lammers to settle for 2nd place.

JTK returned for another competition year and dominated in the Ski division taking the win convincingly with a variety of big airs, switch backflips, 360’s and a frontflip over the final feature of the course – the Ugandan Stall Rail. Slovenian skiers, Patrick Matula and Karol Hierweg put on a big battle for 2nd place with Matula claiming it in the end and Hierweg taking home 3rd.

The only entrant into this year’s Junior division was 10 year old, Erin Nel, who also insisted on riding with the Ladies division in their jam session. Nel didn’t hold anything back, hitting all of the course’s big kickers and technical rail sections, taking the Junior division win. More impressive is that Nel’s overall score would have put her into 3rd place in the Ladies division – a serious future contender in ladies snowboarding.

In the Ladies division, Vanessa Jackson showed consistency in her runs throwing down a solid 180 switch 50-50 to 180 out on the flatbox to finish in 3rd position. Slovenian Martina Molnarova had solid rails, cab 180’s and switch rails featured in her runs to put her in 2nd place. Mawa Jekot was again unbeatable and defended her 2014 title with cab 360’s, frontside 360’s and steezy rails. Jekot’s 1st place also saw her win one of two Club Med prizes consisting of an all-inclusive snow holiday for two to Club Med Val Thorens in France.

The Pro Men division was the last on course for the day, never disappointing with some extremely impressive riding from all the competitors. A very close battle took place between Luke Dutton and Dean van Greunen. Dutton threw down 360’s and front lips over the kickers and a big 360 over the rainbow rail. Van Greunen had Backside 540’s on lock and solid rail riding, but it was van Greunen’s use of course and hitting all the features, that counted in his favour as he edged out Dutton for 2nd place. Canada’s Liam Roy was dominant with his technical rail riding, switch frontside’s, backflips and 360’s to take the overall. Being the top South African finisher, van Greunen took home the second Club Med prize for an all-inclusive snow holiday for two to Club Med Val Thorens.

Xperia Winter Whip organiser, Ryan van der Spuy said, “This year’s event was a huge feat and we cannot thank all those involved enough – from the athletes who continue to share their passion for the sport, judges who gave their time to score each run, the media who have helped spread the word, the medics onsite, Kapoko Park parkies and Afriski Resort who provided us with a top grade course and facilities, the spectators and our incredible sponsors. We have received such great support from our sponsors this year; Sony Mobile, Club Med, Red Bull, Skullcandy, Neff, Jägermeister, G-Form and Burton, all of whom helped to make the 2015 Xperia Winter Whip a great success”.

Celebrations went on late into the night at the Gondola Café with resident DJ Black Sparrow and a live performance from SDO. 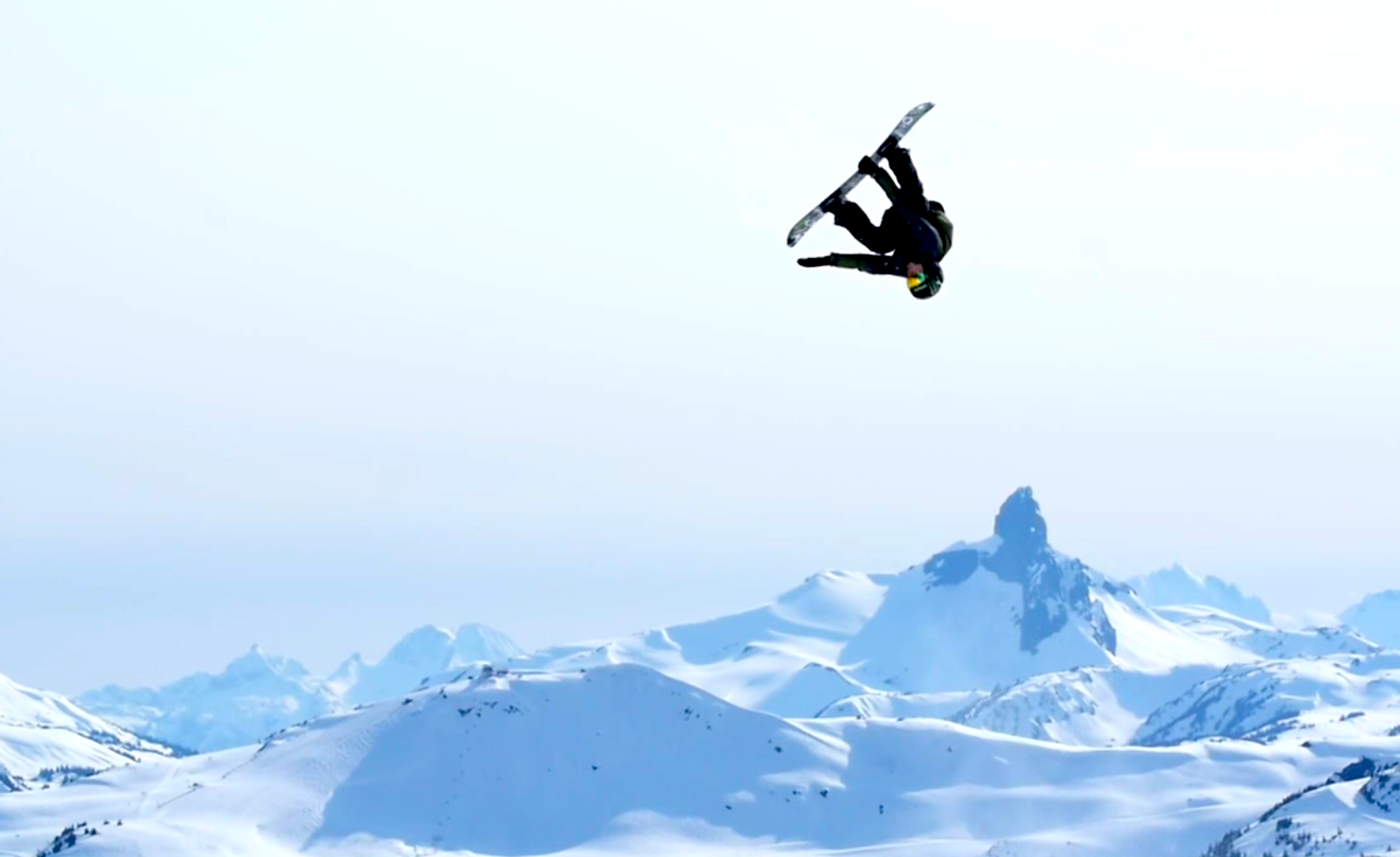 Snowboarding is now moving into the realm of what was thought impossible just a few years ago with the top riders landing tricks that were thought the realm of video game fantasy recently.

The scary thing is that the boundaries seem to be getting pushed harder and faster than ever as more tricks are landed. Where to next…

Monster Energy teamed up with Whistler Blackcomb to build the proper feature for Max to assist in the progression of snowboarding.

“It was a dream for me when I first started competing internationally, to push the boundaries of snowboarding.

I have been visualising this trick for a few months and when the opportunity presented itself this season thanks to Monster Energy & Whistler Blackcomb, I felt it was the right time”

The world of Snowboarding seems on a one way ticket to insanity at the moment. The bounds of reality are literally shifting as the world’s best compete to change the scope of what is possible. A few years ago we thought the limit was a double cork rotation, then last year we saw triples being landed in competition. Now the dawn of the Quadruple Cork has arrived with British Snowboarder, Billy Morgan landing a Backside 1800° Quadruple Cork yesterday in Livigno, Italy. Whats next? 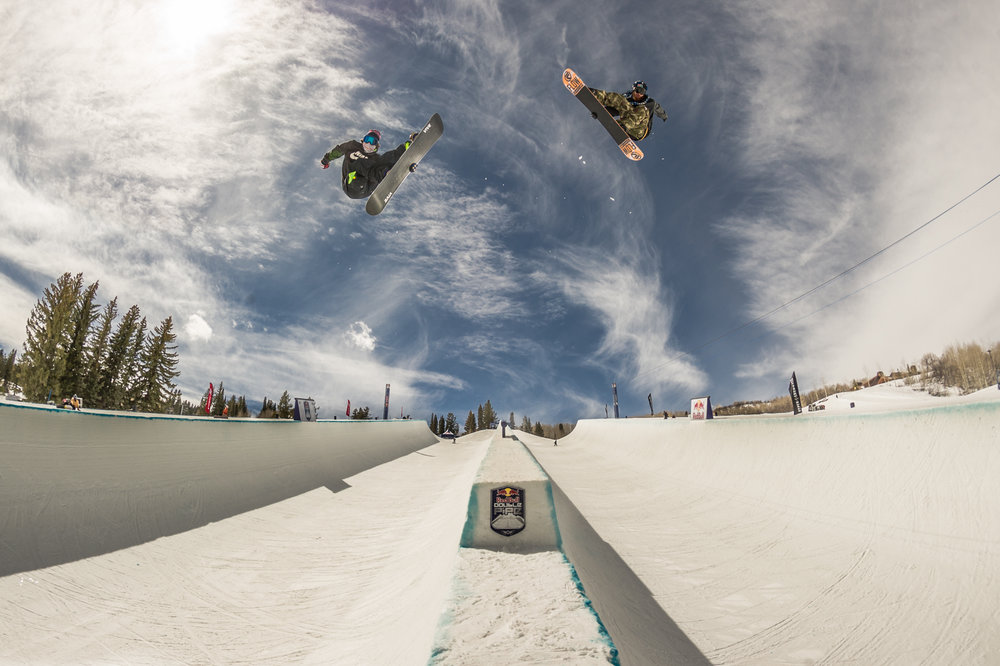 The concept of parallel Superpipes was around for a long time before Red Bull finally decided to do it. Now in it’s second year the contest is pushing the boundaries of competitive riding and one has to wonder how long it will be before this new discipline sees a wider inclusion in major Snowboarding events.

Two massive side-by-side pipes provide insane amounts of air and multiple lines for competitors to shred. Is this the future of snowboarding? Could this provide the creative outlet snowboarders have been looking for? Hear from the creative directors behind the event, the judges and the riders themselves on what Red Bull Double Pipe means for the sport and how they have progressed from last year’s event.

For more check out Red Bull on Youtube – https://www.youtube.com/channel/UCblfuW_4rakIf2h6aqANefA 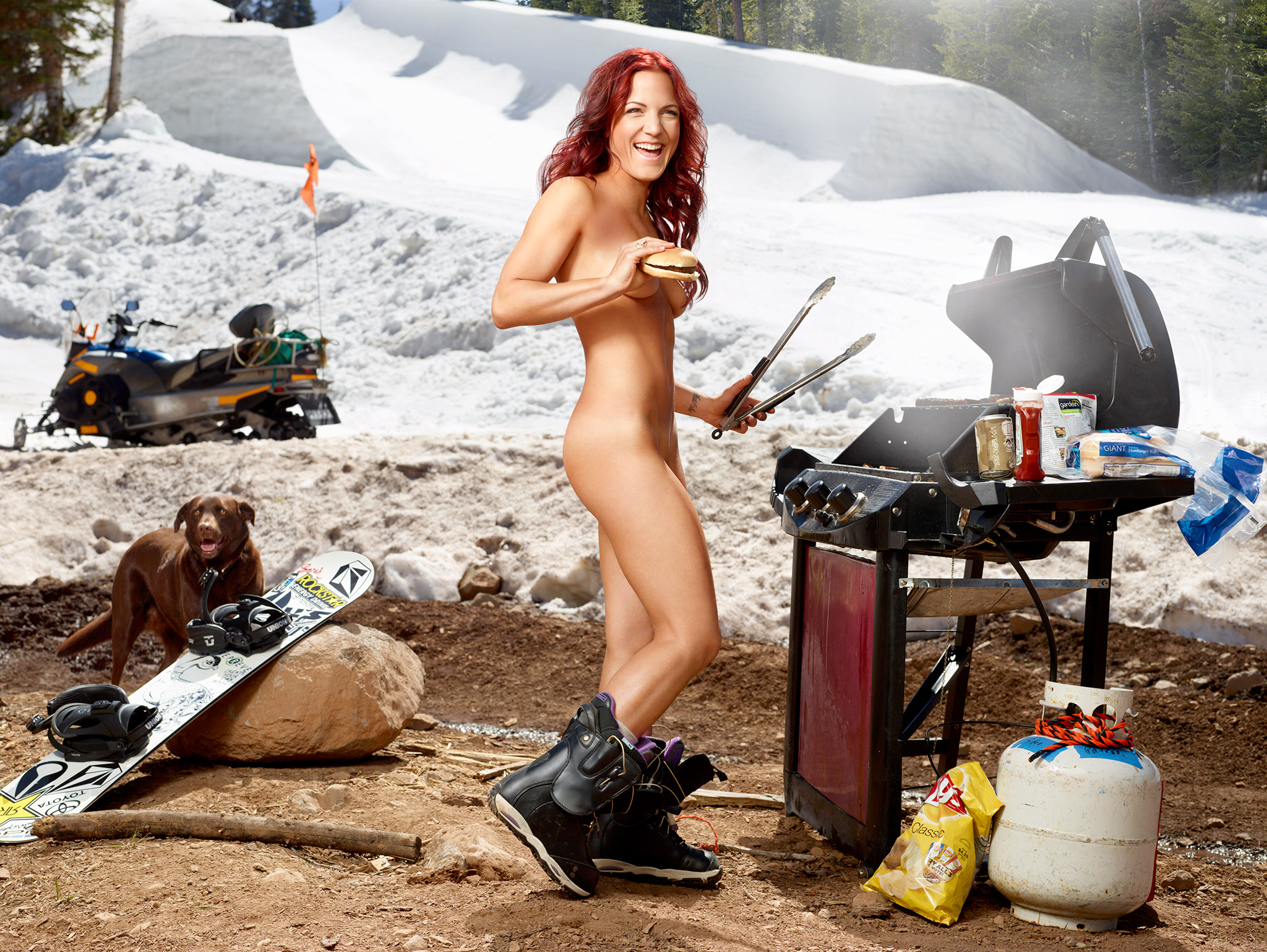 This week I start a new weekly piece where I add a twist to the current trend of posting your #WCW (Woman crush Wednesday for the old people). I am in action sports and cover extreme athletes and there happen to be many very, very good looking ladies, who are also some of the best athletes on the planet. These ladies are deserving of our attention and respect!

What better way to start with one of the best snowboarders in the world, Elena Hight. At 13-years-old, Elena became the first female to land a 900 in competition; and in 2013, she became the first snowboarder, male or female, to land a double backside alley-oop rodeo at the Winter X Games Superpipe finals in Aspen, Colorado.She has also posed in the ESPN Naked issue, twice and by the looks of things loves hamburgers and a Braai (Ok its a gas barbecue, but us South Africans can respect a lady that cooks on flames!) Pretty good choice for a #wcw if I do say so myself. 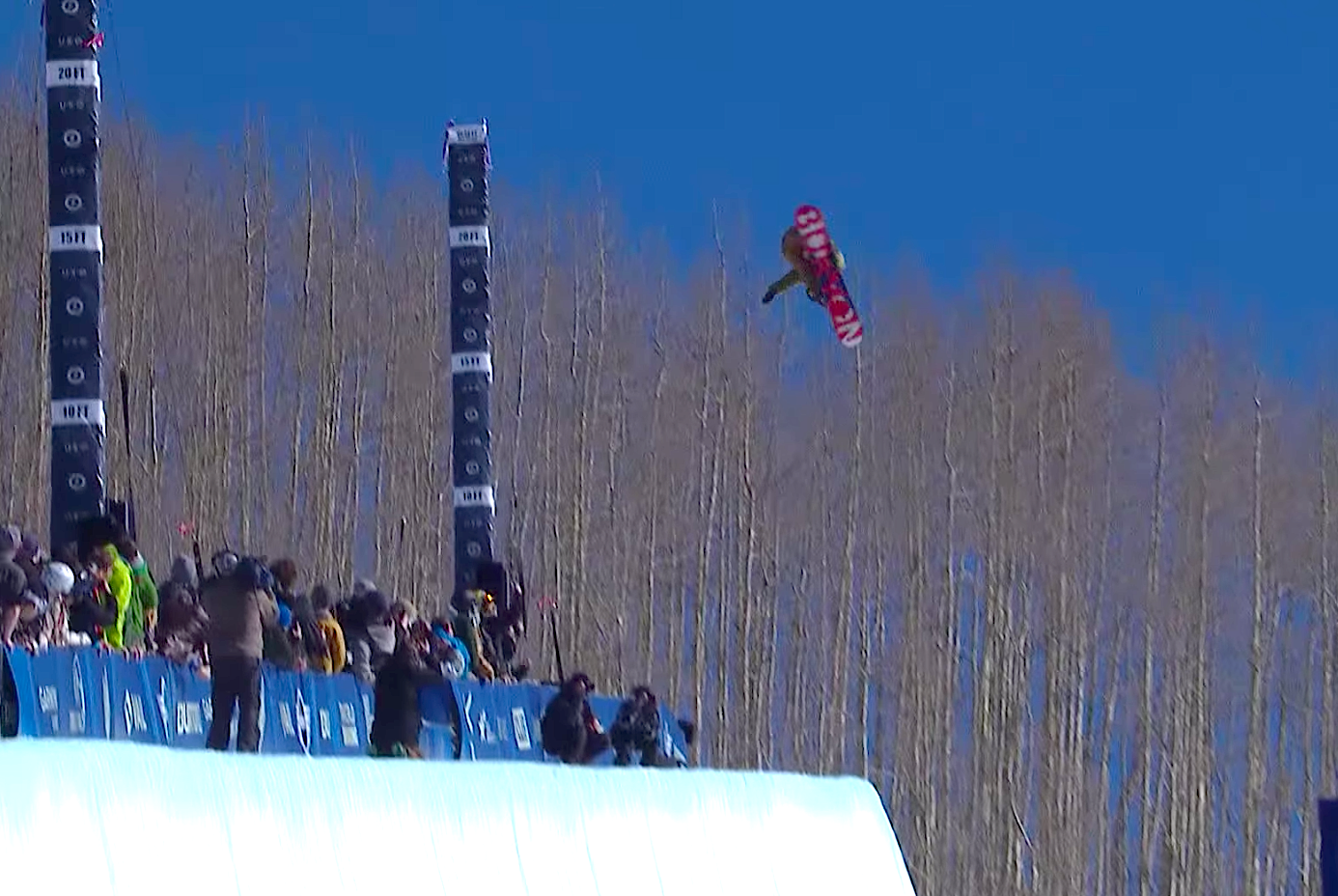 Wow! I mean wow! Did you watch the Burton US Open and did you see with your own eyes how the game was changed forever? First off we had Taku Hiraoka and the rest of the Halfpipe squad going absolutely mental. But the big show had to go to the new phenom, Yuki Kadono in the Slopestyle event. Marc McMorris was his usual incredible self, but even he could not stop Yuki from winning, when the kid was dropping back to back 1620’s. Watch his run and realise that Pro Snowboarding has just gone up a level once again. Then watch the finals highlights from both the Halfpipe and Slopestyle and be amazed by the level across both the women’s and men’s events. Simply blows my mind!