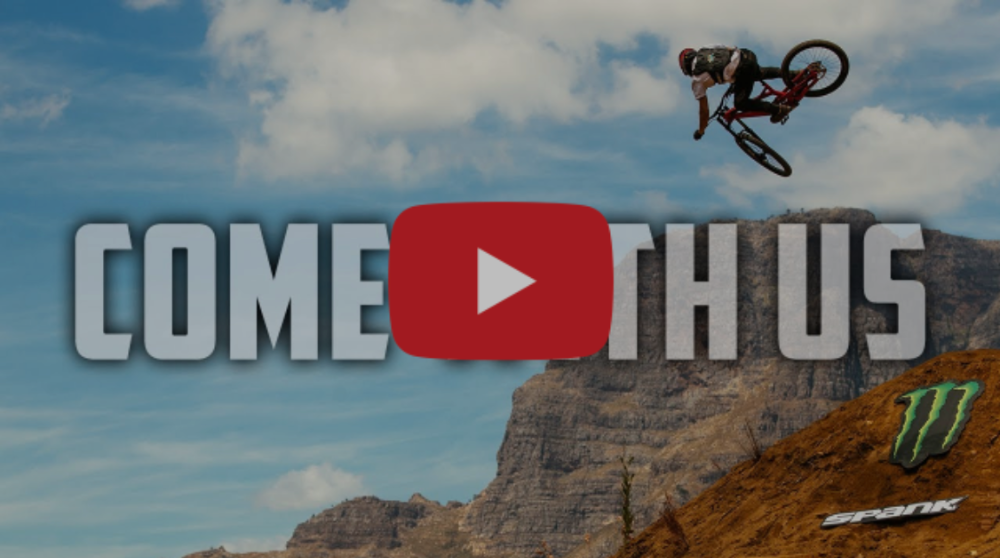 Come with us and drive, ride, fight and surf; the athletes of the Monster Energy roster are nothing short of sensational. From conquering the highest jumps, fastest roads, and toughest opponents; it takes something very special to beast the sporting world at an elite level. What’s more few people ever get to  witness the levels of focus and dedication needed to turn ambition into reality. That was until now…

Through an incredible six part series, Monster Energy’s Come With Us, charts the lives, careers and journeys of six very different athletes. Each striving to compete and win at the very top of their game, and within their chosen discipline.

Strap in and hold on; because it is time for a wild ride into sporting greatness, that you definitely won’t want to miss…

The rise and rise of Oliver Solberg through the ranks has been as fast as the 19 year old on a twisting mountain rally stage. Son of 2003 World Rally Champion Petter Solberg, Oliver is so much more than just part of an off-road racing dynasty. His talent, focus, and results fly in the face of his relatively young years. Together with his co-driver Aaron Johnston, Solberg is determined and redline obsessed to become World Champion. With thousands of kilometres and corners laying ahead though; it’s going to be anything but easy. Delve into rallying and Solberg’s quest for victory like you’ve never seen before.

The pool of incredible talent in women’s Slopestyle skiing has been getting stronger every season and  part of that new wave is Giulia Tanno. The 22-year-old Swiss skier has been competing on the world circuit since the age of 15 and has won some of the highest accolades in her field; including 4 XGames medals, Audi Nines wins and podiums at several FIS World Cups. While a lot of ladies show technical skill or stylish riding, Giulia is one of the rare few who are blending both, blazing a trail for a new type of women’s Slopestyle skier. With huge air comes huge risks and despite weathering multiple injuries and a concussion Giulia is as hardcore as they come. Take a fresh look at Free-skiing with her story.

Episode 3: Wake up in the morning. Charge some crazy slab waves. Welcome to Nic Von Rupp’s world. The 30-year-old surfing prodigy has already nailed a successful competitive career, and has now changed direction to focus his sights on becoming the best big wave rider in the world. For the uninitiated it is a sight to behold; waves that could dwarf apartment buildings; speeds in excess of 80km/h; the full force of the ocean harnessed in a single wave. Yet Rupp stares it all down with a relaxed stance and a sunbathed smile, and hours and hours of preparation. Don’t just take our word for it; Come With Us on a big wave ride like you’ve never seen before.

Adolf Silva: Ripping on a bike is what 23 year old Silva lives for. He risks his life for it; because it’s what moves him, what makes him feel alive. Knowing that every day he can improve and grow with his sport motivates him immensely. A true lifestyle action sport athlete, Silva’s career has already encompassed dizzying highs and total lows – not least when at age 17 he spent 10 days in a coma due to a crash, only to bounce back from injury to land the first ever triple backflip on a Slopestyle bike. If it’s got wheels he’ll ride it, and if there’s a ramp he’ll likely jump it. Come With Us and witness it all.

Fabio Quartararo: They don’t call him El Diablo for nothing. If ever there was a rider on the very cusp of greatness then surely it is Fabio Quartararo. The son of a former French 125cc motorcycle champion, Fabio cut his teeth in motocross at a very young age before moving to Spain with his family aged seven. From there he quickly progressed through the Pre-GP Mediterranean ranks, counting off the championships with nonchalant ease. In only his first year of premier class racing, in 2019, Fabio scored an impressive seven podiums from 19 starts with the Petronas Yamaha SRT team. What’s more this season, the French ace replaces none other than Valentino Rossi at the factory Yamaha racing team. Come With Us to witness Fabio’s rise and blistering pace, now at the bars of factory machinery.

Joanna Jedrzejczyk: You don’t get to be a six time Muay Thai world champion, and a leading mixed martial arts fighter in the UFC without being truly and undeniably hardcore. Joanna Jedrzejczyk – or JJ to her fans – knows this, and the string of opponents she’s knocked out don’t need telling again either. There’s an incredible flip side to the 33 year old from northern Poland though, who pushes herself to the limit outside of the ring too. JJ recently said: “My biggest opponent is time because there are only 24 hours in the day and I have so many things going on. I’m just trying to live my best life. In or out of the cage, with or without the belt, I carry myself as a champ and work on my legacy, every single day.” 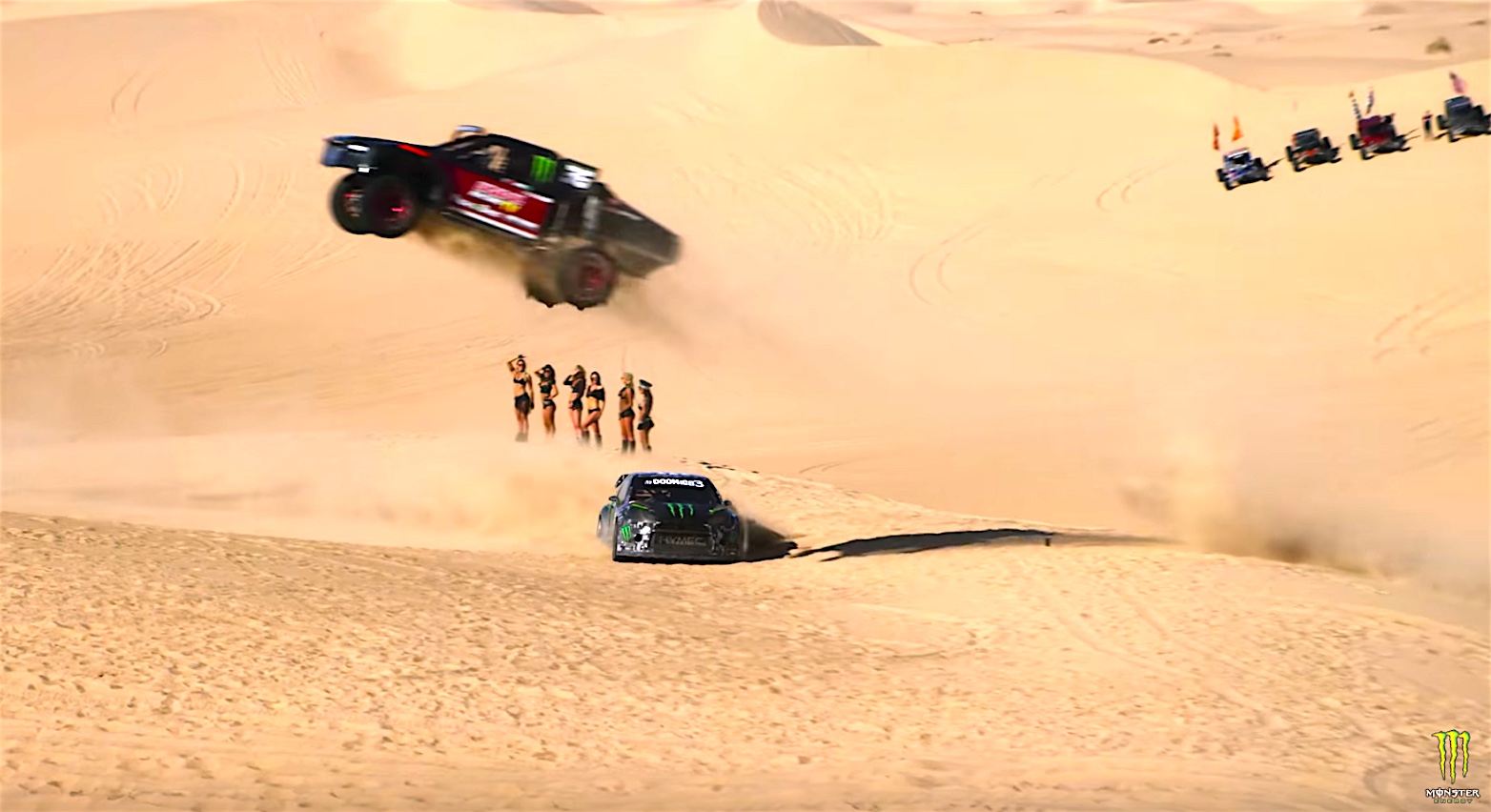 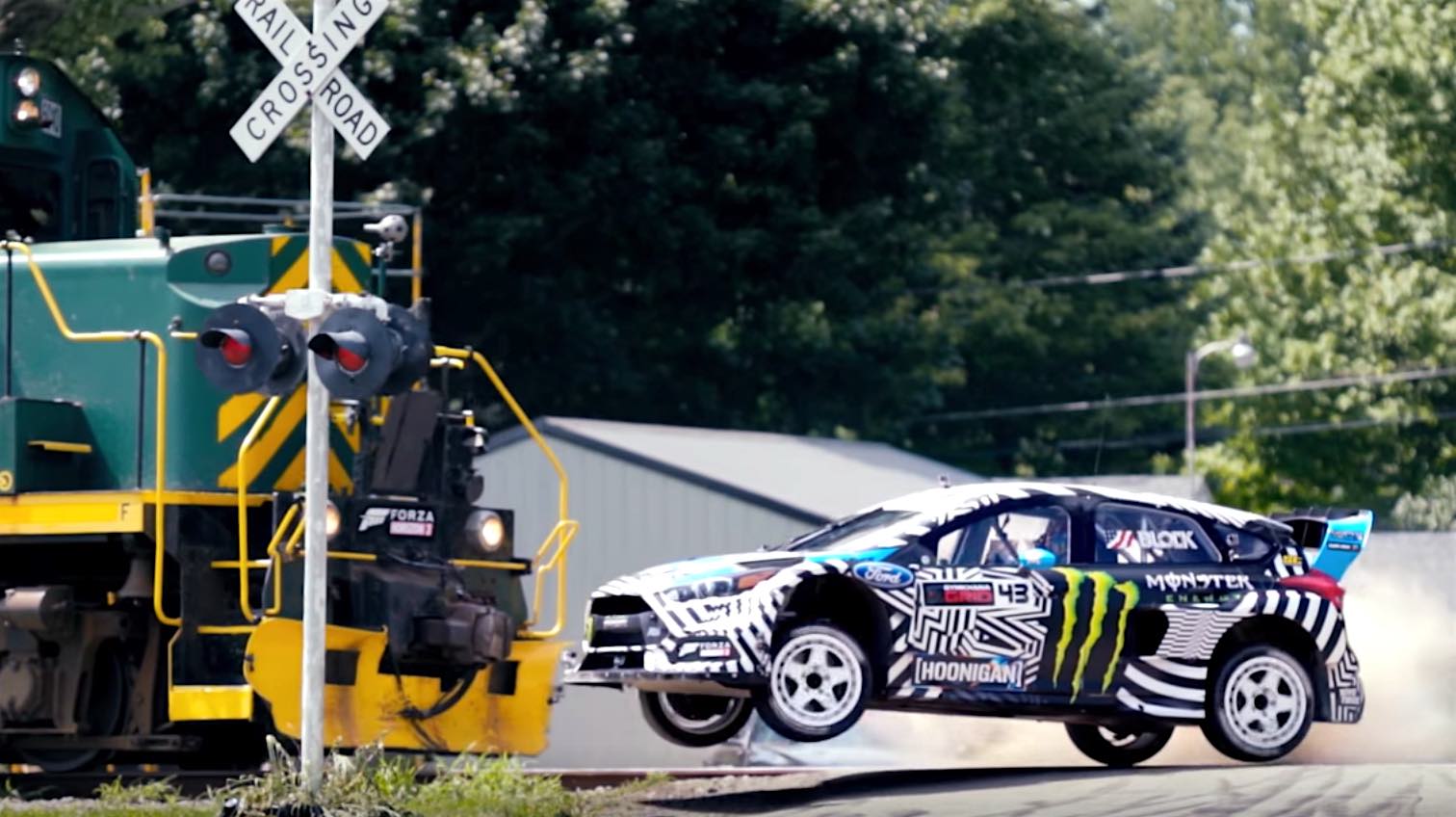 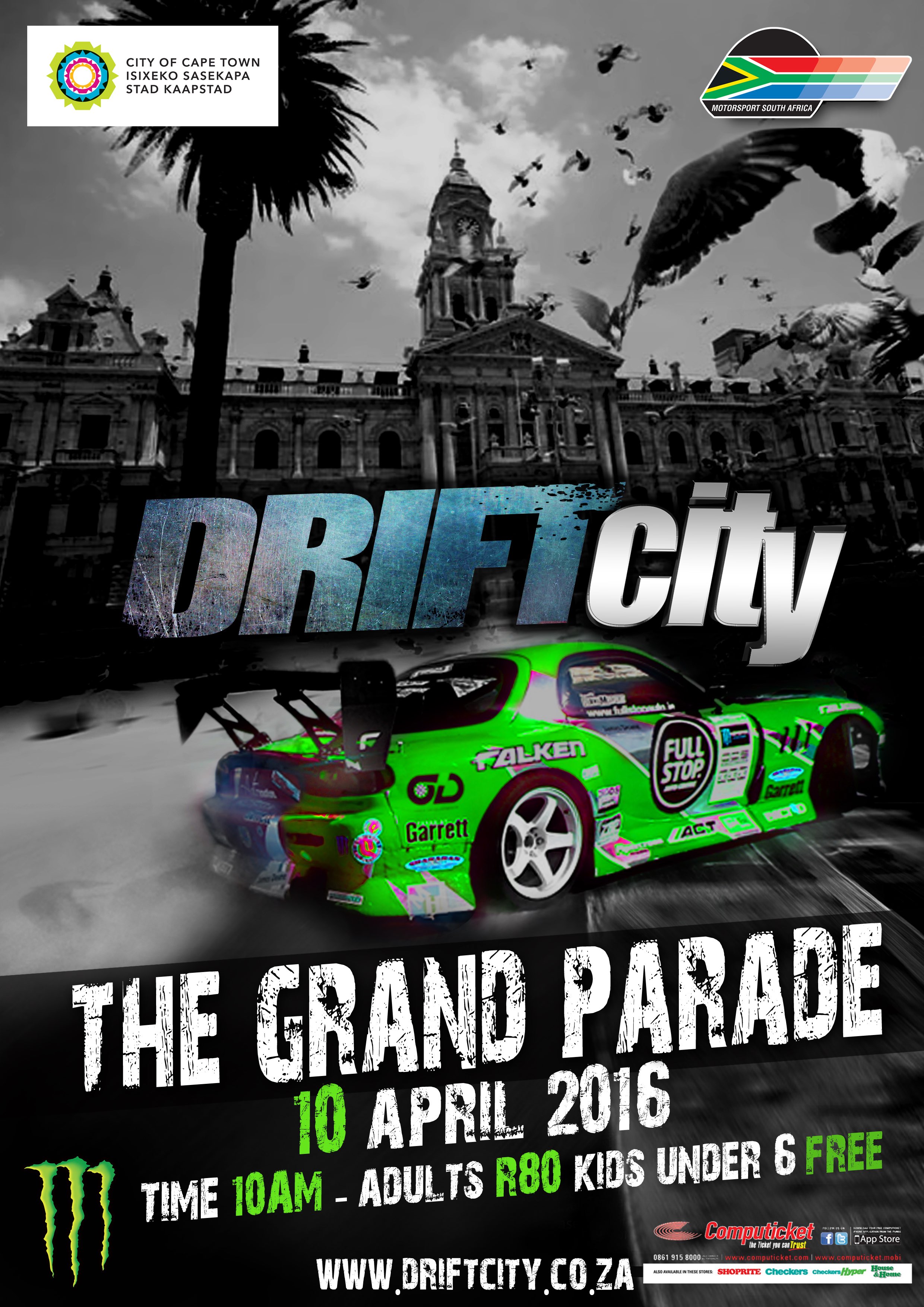 We about to get all Fast & Furious in Cape Town this week!

“Where there’s smoke there’s fire, and on Sunday 10th April 2016 the fire will be burning under Table Mountain, between the Castle of Good Hope and Cape Town City Hall thanks to a slew of the land’s most wicked sideways machinery. The Grand Parade at the heart of The city will play host to Cape Town’s premiere motorsport festival, dubbed Drift City.
The organisers have partnered with the City of Cape Town and Monster Energy Drinks to make sure that Drift City will endure as the most memorable celebration of smoking rubber and tortured tyres. You don’t want to miss this, and since a mere R80 for an adult ticket gets you through the doors there’s no reason to. Bring the kids (under 6) along for free.
Come for the tricked out BMWs, Nissans, Toyotas and more. Stay for the festival.
EMPHASIS ON FESTIVAL
You’re not going to struggle to keep the family entertained as Drift City will also feature go-karts and a skate park for your enjoyment. Food trucks will keep hunger at bay and if you really, absolutely feel the need to get closer to the action there’ll even be shotgun-rides on offer for spectators. Where else can you get strapped into a 500 horsepower drift machine and enjoy those smoky slides and that bouncing rev limiter in the most beautiful corner of the world from the passenger seat?
Book your tickets at computicket for the event of the century.
www.driftcity.co.za
https://www.facebook.com/dr1ftcity 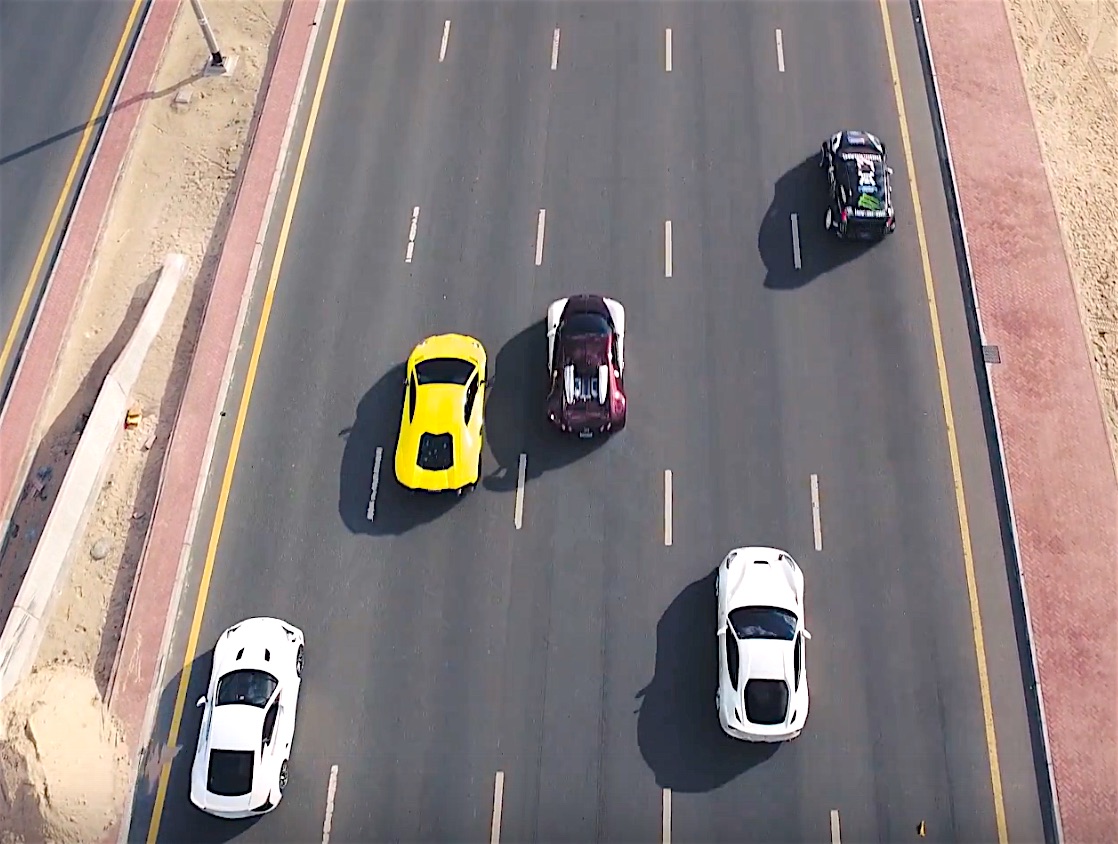 The world’s most popular drift video series is back, with Ken Block pitting his Ford Fiesta rally car against the Dubai roads and a collection of super cars. As always the car does not dissapoint, even giving a Bugatti Veyron a run. The short teaser of his new Focus at the end has got me wanting to see the next edition very badly.

If you are a petrol head this video was made for you! You going to want to put on your best headphones or play it on the biggest surround sound system you can find.

Vaughn Gittin Jr. heads to Niigata, Japan in his 550 HP 5.0L V-8 Mustang RTR to take on Daigo Saito’s 650 HP V-12 Drift Lamborghini. Built by Liberty Walk and Phat Five racing, Saito’s AWD to RWD converted beast is looking for a fight. The two drift legends head to Niigata, Japan to battle it out on a tough run as they head into the abandoned Niigata Russian Village. Like something from a post apocalyptic world, the village provides the perfect backdrop for these outrageous machines to create some mayhem. After watching this video, if your dreams aren’t filled with the sweet sounds of a V-8 Muscle Car battling against a V-12 Supecar, something is seriously wrong with you. Put on a pair of headphones or hook up a nice set of speakers and Crank the Volume! #BATTLEDRIFT 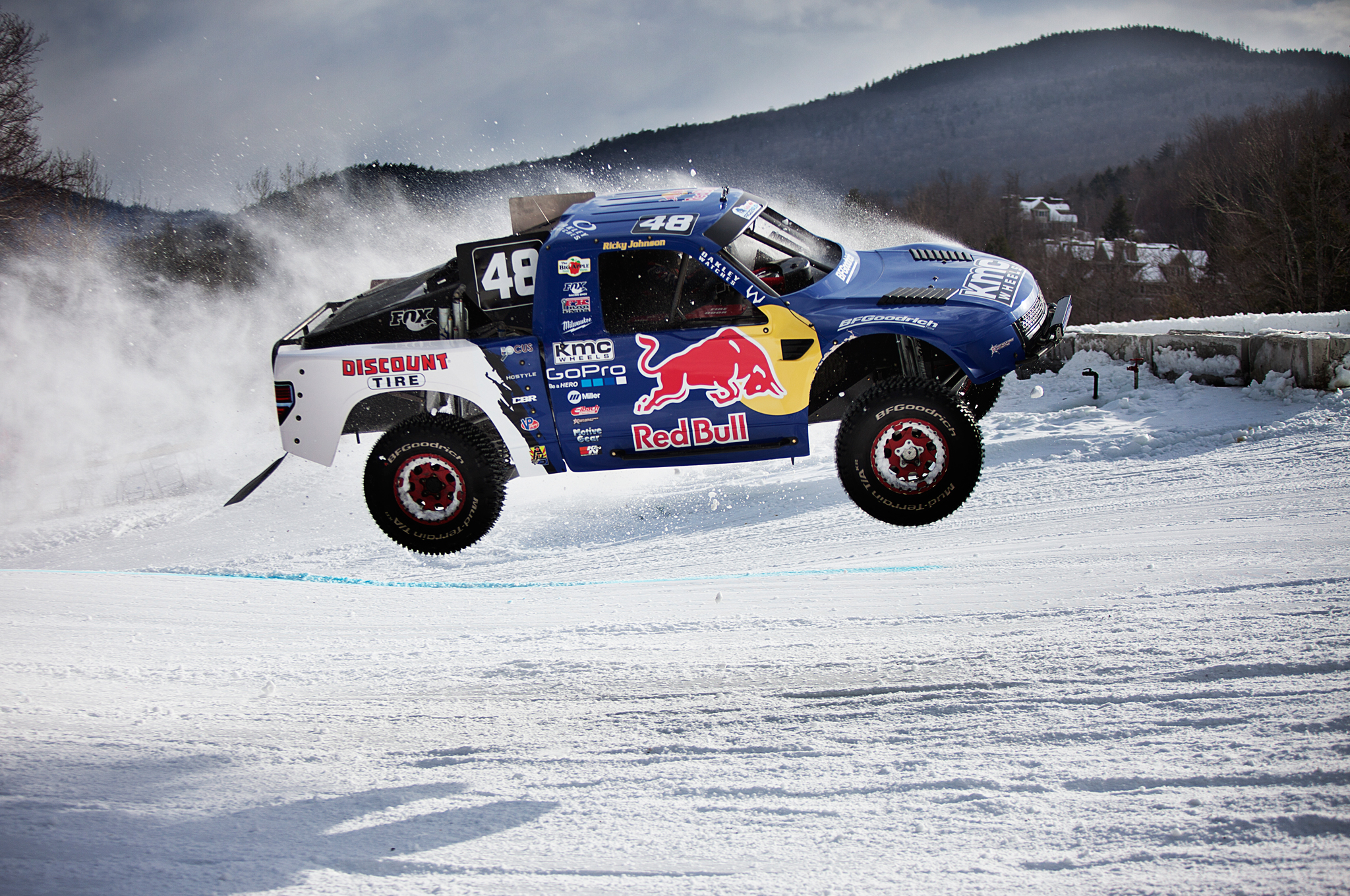 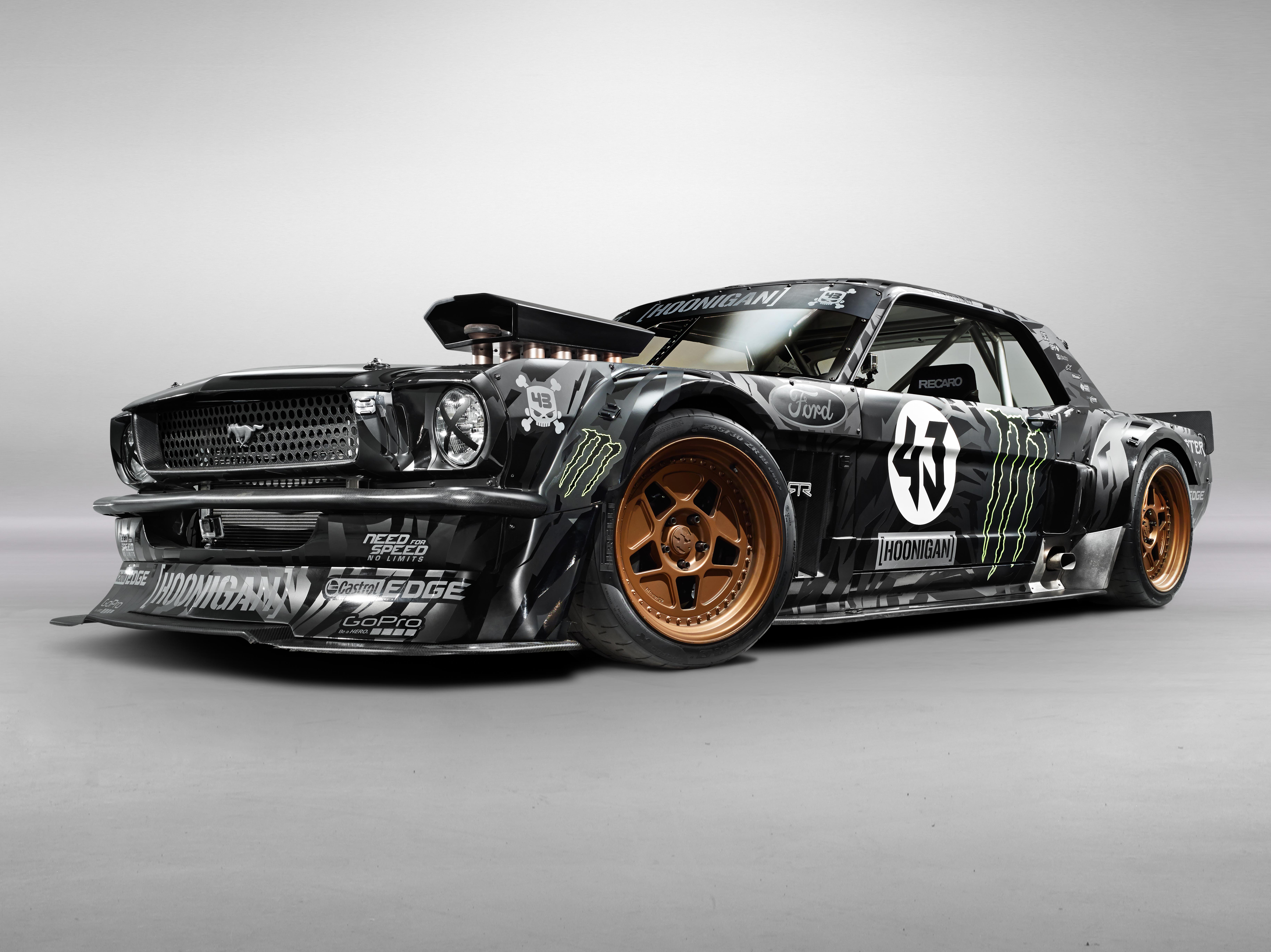 I often wondered how they were going to step up the Gymkhana series this year after 6 almighty efforts already. Teaming up with the Need for Speed crew, Ken built a custom Mustang that has enough power to launch a space shuttle and unleashed it on the streets and freeways of Los Angeles. 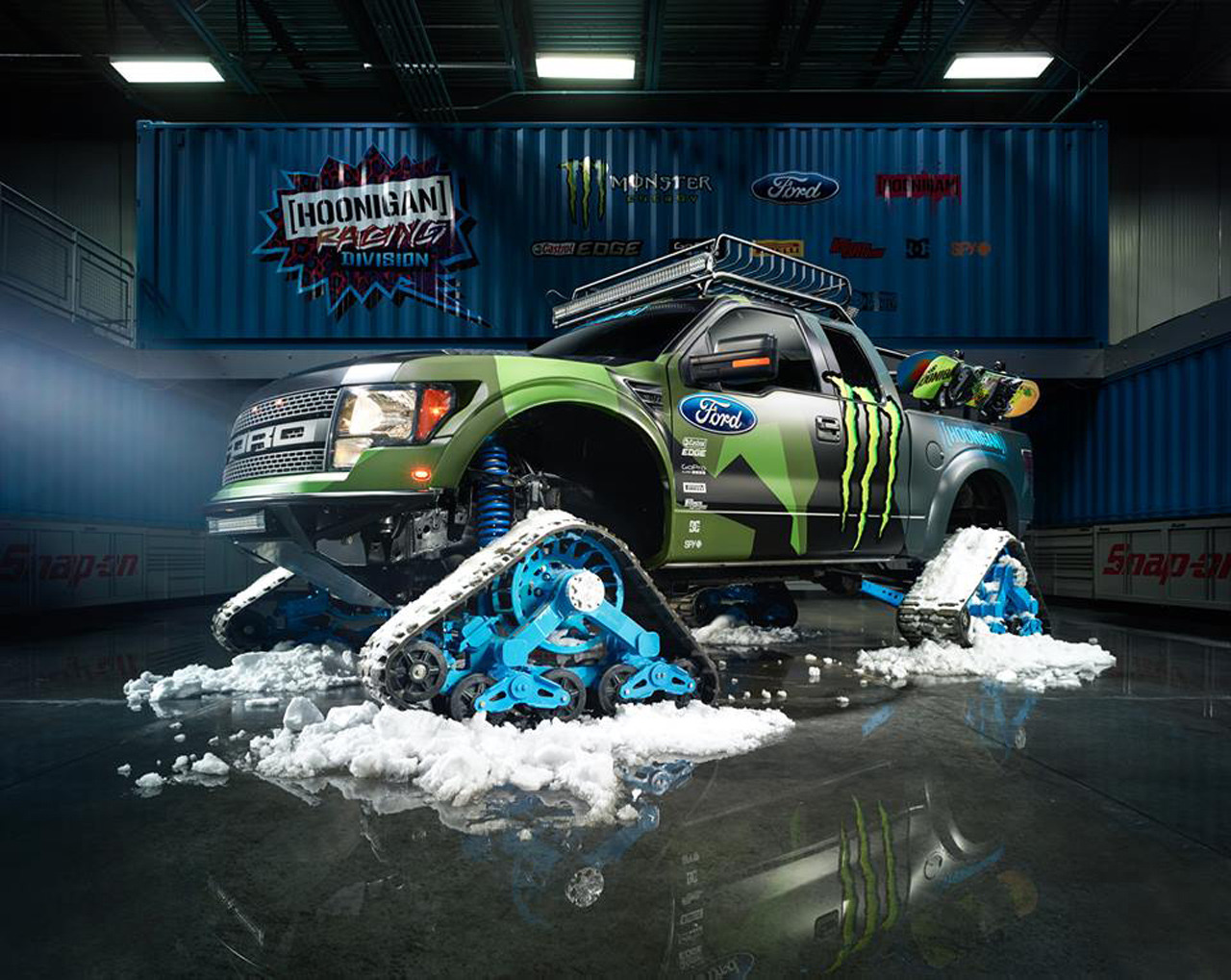 Ken Block takes his Ford F-150 RaptorTRAX out to the Baldface Lodge in Nelson, British Columbia to put it to the test as the ultimate backcountry snowboard expedition vehicle, along with fellow Monster Energy athletes Zak Hale and Ethan Deiss. 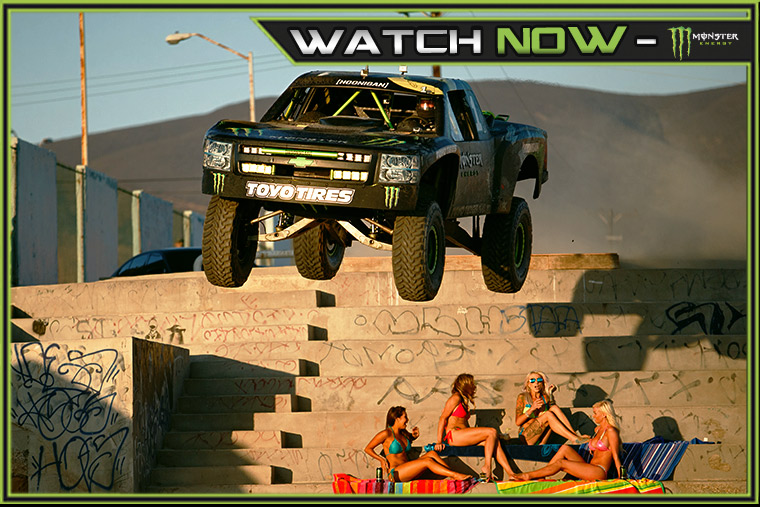 I am sorry Ken Block, but you have been outdone. The Gymkhana videos were insane, but the Recoil series has just stolen my heart. I now want a Trophy Truck more than a night of elicit happenings with Alana Blanchard. Just in case you missed Recoil 1, see below! (I can guarantee if you watch 1, you will watch both!)

How do B.J. Baldwin and an 850 horsepower Trophy Truck with 39 inch asphalt slaying Toyo tires follow up the retina stinging, mind blowing piece of incandescent cinematic magic that was #RECOIL? The answer: by introducing the world to URBAN Off Roading in #RecoilTWO!
Finally the long debated and sought after question of what would happen if you unleashed one of these Monsters onto the unsuspecting Urban Streets is answered in one of the most visually stunning pieces ever shot.
Filmed in front of a live audience in BJ’s second home of Ensenada, Mexico, never before has a full blown race car of any sorts been set free on public roads in the middle of the day, full of people, traffic and the everyday hustle of metropolitan life. From jumping over city streets to careening down undeveloped housing pads and ripping through the waters of the Pacific Ocean #RecoilTWO is truly a sequel that is better than the original.