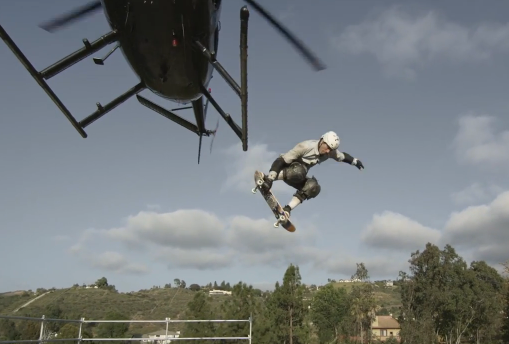 It’s weird, a few nights ago I dreamed pretty vividly that I opened a Mega Ramp park and started skating it… at 35 that is pretty much a pipe dream, but then this video came across my desk and you got to just wonder!

Among the most influential skateboarders the industry has ever seen, Bob Burnquist is still innovating. In his new webisode series, Burnquist grants his fans exclusive access to the private domain in which so many of his contributions to skateboarding were born, his backyard in Southern California, better known as “Dreamland.” Hence, “The Dreamland Series.”
To lead off the series, we see something from Burnquist that hasn’t been seen since 2010: a full-length video part filled with never-before-seen footage. And, the Hip. Yes, he added a Hip feature onto his personal MegaRamp. A Hip that starts up on a hill and sends him across a 15-foot gap into the 25-foot quarterpipe. You know, something mellow.